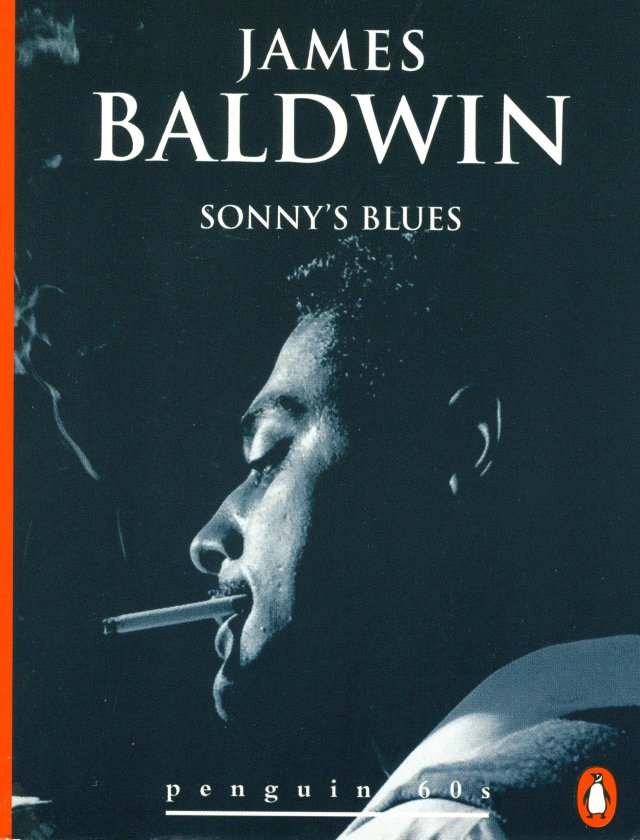 “‘Sonny’s Blues’ is a 1957 short story written by James Baldwin, originally published in Partisan Review. The story contains the recollections of a black algebra teacher in 1950s Harlem as he reacts to his brother Sonny’s drug addiction, arrest, and recovery. Baldwin republished the work in the 1965 short story collection Going to Meet the Man. ‘Sonny’s Blues’ is a story written in the first-person singular narrative style. The story opens with the unnamed narrator reading about a heroin bust resulting in the arrest of a man named Sonny, his brother. The narrator goes about his day as an algebra teacher at a high school in Harlem, but begins to ponder Sonny’s fate and worry about the boys in his class. After school, he meets a friend of Sonny, who laments Sonny will struggle with loneliness even after his detox and release. After the narrator’s daughter Grace dies of polio, he decides to reach out to Sonny, who is in rehab after the bust. The narrator remembers leaving for the war, leaving Sonny with his wife Isabel and her parents. Sonny decides to play the piano, and his passion is obsessive. Once Isabel’s parents find out that Sonny has not been attending school, he leaves their house, drops out of school, and joins the Navy. Sonny returns from the war. Their relationship sours, as the narrator intermittently fights with Sonny. Back in the present, the narrator reveals that Grace’s death has caused him to reflect on his role as an older brother, surmising that his absence impaired Sonny’s personal growth. The narrator resolves to reconcile with Sonny. While Isabel takes her children to see their grandparents, the narrator contemplates searching Sonny’s room. He changes his mind, however, when he sees Sonny in a revival meeting in the street below his apartment, where a woman sings with a tambourine alongside her brother and sister, and enraptures the audience. Some time later, Sonny invites the narrator to watch him play in Greenwich Village. The narrator begrudgingly agrees to go. Sonny explains his heroin addiction in vague analogies. The woman’s performance reminded him of the rush he got using heroin, equating it to a need to feel in control. The narrator asks Sonny if he has to feel like that to play….”
Wikipedia
New Yorker – Black Body: Rereading James Baldwin’s “Stranger in the Village” (Aug. 2014)
[PDF] “Sonny’s Blues”: James Baldwin’s Image of Black Community
“Sonny’s Blues”
YouTube: “Sonny’s Blues” 1:34:08