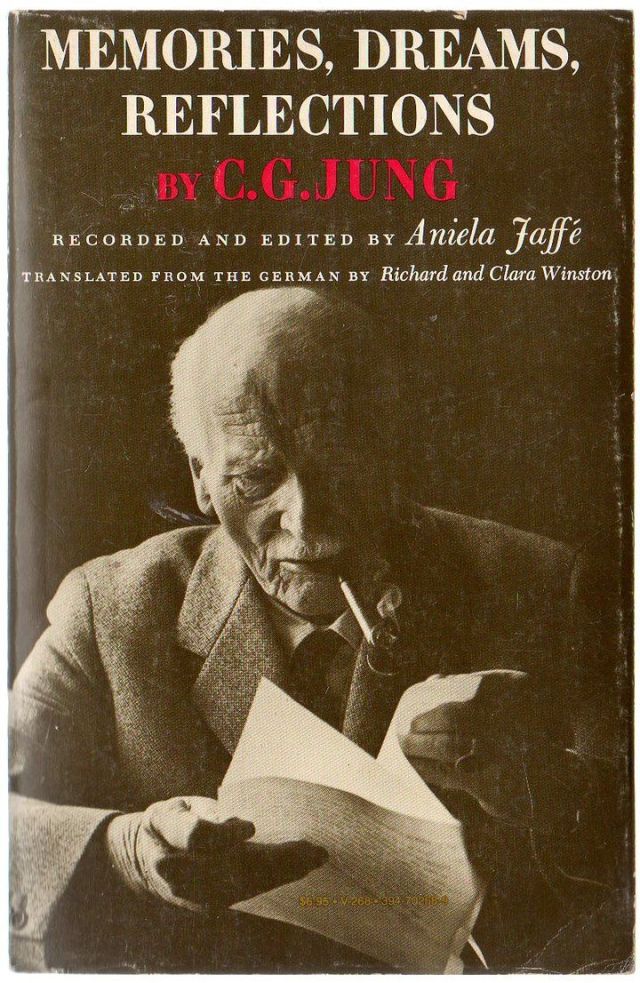 “It is to be observed of many scientists that when they pass the 60-year mark they are tempted to compensate for their approaching retirement by dwelling on the larger issues. Indeed, should the urge to offset their diminishing labors be compelling enough, they will not stop short of bidding for immortality by writing their autobiography. The late Carl Gustav Jung, who, incidentally, entertained a low opinion of autobiographies, did not succumb to this temptation until he was an established octogenarian. And even then his own estimate of his right to lasting fame was a modest one. Measuring his life and work against the centuries, he feels inclined to say, ‘Yes, it means something’; but he adds, ‘measured by the ideas of today it means nothing.’ Even this modest disclaimer he modifies in his final chapter when he says, ‘I have no judgment about myself and my life.’ Perhaps more significant is the fact that by Jung’s special request, Memories, Dreams, Reflections is not included in the official edition of his collected works. And these, it may be added for the benefit of readers born after World War II, comprise a score of volumes dealing with aspects of psychiatry, psychology, anthropology, sociology, politics, art, religion, education and a classification of character types, all of which have contributed a baker’s dozen of words to the language (complex, the collective unconscious, archetypes, extraversion, introversion, individuation, not to mention ‘analytical psychology’, the designation adopted by Jungian schools to distinguish their theories and practices from those of Freud and Adler). The title is an apt one, for the main purpose of his recollections, dreams and visions is to illuminate his inner development, to trace the effect of his ‘confrontation of the unconscious’ at various stages of his life, in a form unhampered by the necessity for scientific presentation and valuation. It is a personal testament and, above all, a religious testament. To be sure, there are a number of interesting sections on his student days, his psychiatric activities and his early contacts with Freud, the last of which will intrigue those members of the professional and general public who are still fascinated by the famous clash of personalities which ended in open rupture. Perhaps of more interest in this connection is Jung’s retrospective theory that Freud was overcome by the numinosity of his vision of sexuality. …”
NY Times: Illuminations From Within (May 19, 1963)
W – Memories, Dreams, Reflections
The Atlantic: ‘Memories, Dreams, Reflections’: A Rare Glimpse Into Carl Jung’s Mind
amazon
YouTube: Carl Gustav Jung Memories, Dreams, Reflections Part 1, Part 2, Part 3, Part 4