Charles Bursey hands a plate of food to a child as part of the Black Panther Party’s free breakfast program.

“2016 marked the fiftieth anniversary of both Stokely Carmichael’s coining of the phrase ‘Black Power’ and the formation of the Black Panther Party (BPP). The creation of local Oakland activists and radicals Huey Newton and Bobby Seale, the Black Panthers soon developed into the largest, most prominent manifestation of ‘Black Power’ ideology following their formation in October 1966. Yet much about the Panthers remains either forgotten or distorted, gun-toting iconography standing in for a deeper understanding of their aims. In the interest of setting the record straight, what follows is a primer on the Black Panther Party — a group that a half century after its founding still has much to teach us about organizing, ideology, and the dangers of promoting revolutionary socialism in the United States. The Black Panther Party followed in the footsteps of earlier black leftist groups such as the African Blood Brotherhood and the National Negro Congress. Like its antecedents, the Black Panthers embraced both black nationalism and socialism. Seale and Newton sought to build an organization that could defend the black community against police brutality, while also offering a sharp anticapitalist vision. Unlike the major organizations of the Civil Rights Movement, the BPP saw its prospective base as the ‘Black Urban Lumpenproletariat,’ as Eldridge Cleaver, one of the group’s early leaders, laid out in his pamphlet On the Ideology of the Black Panther Party. For Cleaver and other BPP leaders, the black lumpenproletariat was comprised of those ‘perpetually in reserve’ — Africans Americans in Oakland and elsewhere unable to find work or gain the skills needed to compete in a modernizing workforce. They looked to this segment of the population — rather than the traditional agent of revolution, the organized working class — to power their fight against white supremacy, imperialism, and capitalism. Born in Oakland, a city with a long history of radicalism and civil rights struggle, the BPP eventually formed chapters across the nation — from New York City to Chicago to the South, in places as disparate as Winston-Salem, North Carolina and New Haven, Connecticut. At its height, the BPP boasted more than 5,000 members nationwide. They reached many more through their newspaper, the Black Panther, which had a circulation of 250,000. …”
Jacobin
Believe it or not, education reform is blacker than you think
How the Black Panthers’ Breakfast Program Both Inspired and Threatened the Government 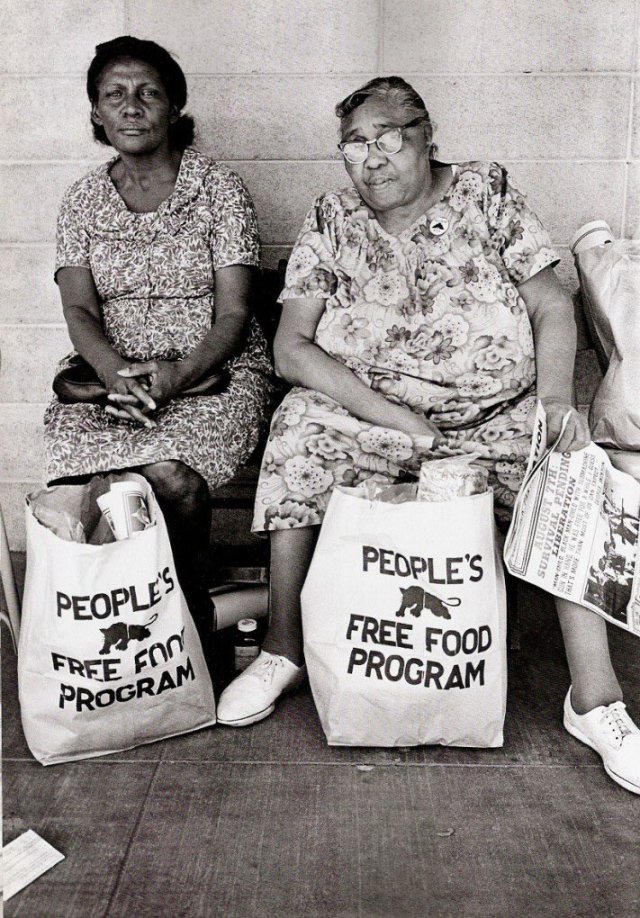 We (still) Want Land, Bread, Housing, Education, Clothing, Justice And Peace. Remembering the Black Panther Party for Self-Defense, born on this day back in 1966.