Bread and Puppet Theater in Gotham 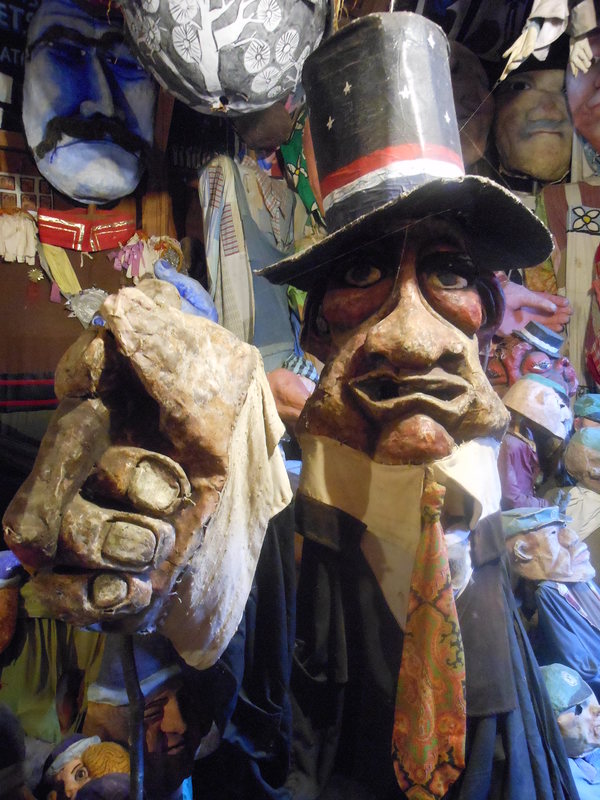 “On May 15, 1962, in New York City’s Judson Memorial Church, an audience assembled to see Peter Schumann’s first production in the United States, Totentanz, The Dance of Death. Schumann, a German immigrant who moved to the United States the year before, created and directed this performance as part of the Living Theatre’s General Strike for Peace. The performance had been rejected for production by the dance dancer Merce Cunningham, prompting Schumann to produce it himself. The reviews called its intent ‘pagan exorcism’ that is ‘capable of leading you into…many strange thoughts.’ Schumann saw the dance as a resurrection of those performed throughout the Middle Ages in European churches, as ‘the new execution of the old rite.’ He called it a ‘wild feast against death’ and an ‘exhalation of common life to dance’ in which the audience is encouraged to put on masks and interact with the performers. The review in the Village Voice described it this way:

The sound, masks, and movement took central importance in the work Schumann came to develop after this production. The use of ritual and the aura of an ancient, dark, and simple world became central to the work of Bread and Puppet Theater, especially in relation to the Vietnam War and its attendant death and destruction. …”
Gotham Center
Peter Schumann: Puppets, Bread and Art