Technicians of the Sacred – Jerome Rothenberg (1967) 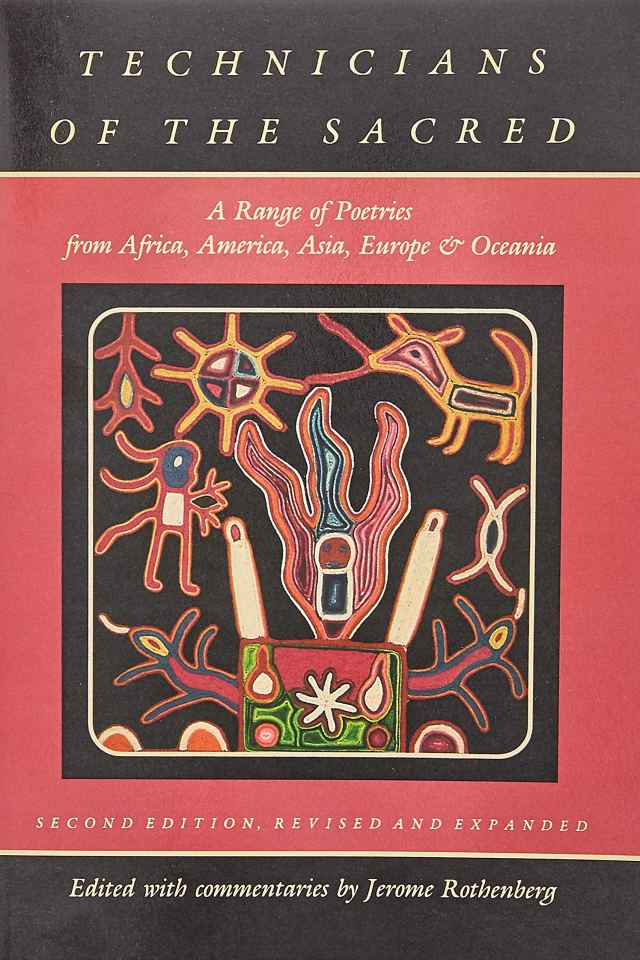 “‘Measure everything by the Titan rocket & the transistor radio, & the world is full of primitive peoples. But once change the unit of value to the poem or the dance-event or the dream… & it becomes apparent what all those people have been doing all those years with all that time on their hands,’ wrote Jerome Rothenberg back in 1967, in the introduction to his groundbreaking anthology, Technicians of the Sacred. The volume became a foundation of the literary movement known as ethnopoetics, which pushed against the notion that, as Rothenberg put it, there was a single ‘idea of poetry, as developed in the West.’ With that, the anthology brought together selections of poetry from the ancient, as well as the contemporary, ‘primitive’ world, all the while attempting to transform the very terms it operated with. ‘Poetry,’ ‘primitive,’ and ‘anthology’ came to mean something bigger and broader in Rothenberg’s work, and even the word ‘ancient’ swelled with hues of eternal, immediate relevance. The volume’s third edition, assembled last year in honor of the 50th anniversary of the original publication, propels the conversation deeper into the 21st century and the unknown. The breakthrough insight of Technicians of the Sacred was that poetry could be drawn from ritualistic experiences, chants, incantations, and shamanic visions that originated in Africa, Asia, Oceania, or within Native American groups. Rothenberg discovered that cutting-edge avant-garde poetic advances found unexpected resonances in ancient texts. As such, he suggested that opening new possibilities for future poetry somehow allowed us, at the same time, a whole new vision of the past. I teach poetry to students of all ages, and my persistent advice, all of the technical and theoretical frameworks aside, is the following: Go out and meet poets in person. Particularly poets who’ve been around long enough to witness—perhaps even to initiate—ebbs and flows of various artistic movements, and the profound cultural shifts that went along with these changes. …”
Tablet
Jacket2: Ernesto Livon-Grosman on Jerome Rothenberg’s anthologies
University of California Press: Technicians of the Sacred, Third Edition
vimeo:Technicians of the Sacred: Ethnopoetics and the New Indigenous Poetries 1:02:11 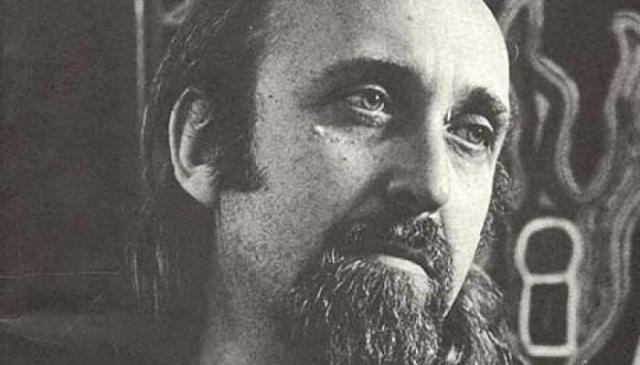