“The names of the women pioneers of Abstract Expressionism were often eclipsed by those of the men. Only in recent years has the work of artists like Joan Mitchell, Elaine de Kooning, and Lee Krasner been reassessed, not as a footnote to a mostly male narrative, but in its own right, for its radicalism and impact on art history. These women, along with Grace Hartigan and Helen Frankenthaler, made up the movement as much as men like Jackson Pollock, Franz Kline, and Robert Motherwell did. To a greater extent than their male counterparts, they also made larger sacrifices. Their struggles were personal but also public. They were often uncompromising in their resistance to the status quo. That’s what’s clear in author Mary Gabriel’s new book Ninth Street Women: Lee Krasner, Elaine de Kooning, Grace Hartigan, Joan Mitchell, and Helen Frankenthaler: Five Painters and the Movement That Changed Modern Art, an epic narrative of these five artists who challenged art world expectations. Gabriel’s prose is powerful, compelling storytelling at its finest, in which the New York art scene, starting in the 1930s and continuing into the decades following World War II, comes alive. Ninth Street Women is that rare tome among books of art history that treats artistic engagement with painting as a vibrant living thing, not a theoretical subject to be dissected with clinical precision. For Gabriel’s subjects, painting was as inseparable from an artist’s existence as her own lifeblood. Ninth Street Women is a story of urgency, as well as agency. It is perhaps the most worthwhile accounting of these painters to date. From Gabriel’s introduction, she makes plain the need for such a book, which she conceived of writing after a fortuitous and lengthy conversation with Hartigan in 1990. Whenever a woman’s name was mentioned in Hartigan’s recounting of the movement, Gabriel wondered why it so rarely came up in historical treatments. …”
Women on the verge of Abstract Expressionism
Grace and Will: An Excerpt from Mary Gabriel’s New Book ‘Ninth Street Women’ on Painter Grace Hartigan and Art Market Changes in the 1950s
NY Times: ‘Ninth Street Women’ Shines a Welcome New Light on New York’s Postwar Art Scene
Ninth Street Women: Rethinking Abstract Expressionism
amazon
YouTube: Ninth Street Women: Mary Gabriel in conversation with Deborah Solomon | Live from the Whitney 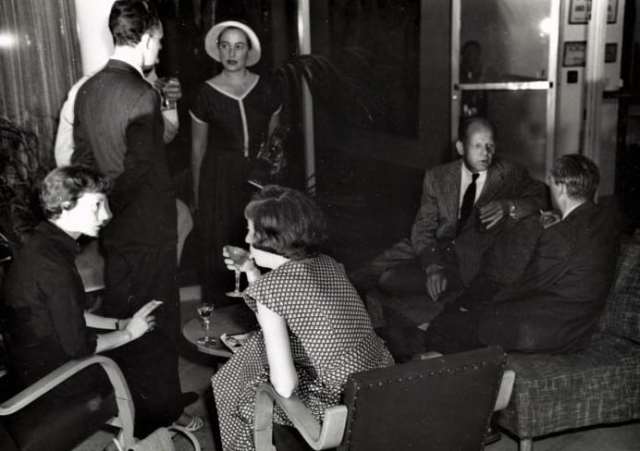