History in photos: Is this photo of JFK’s killer fake? 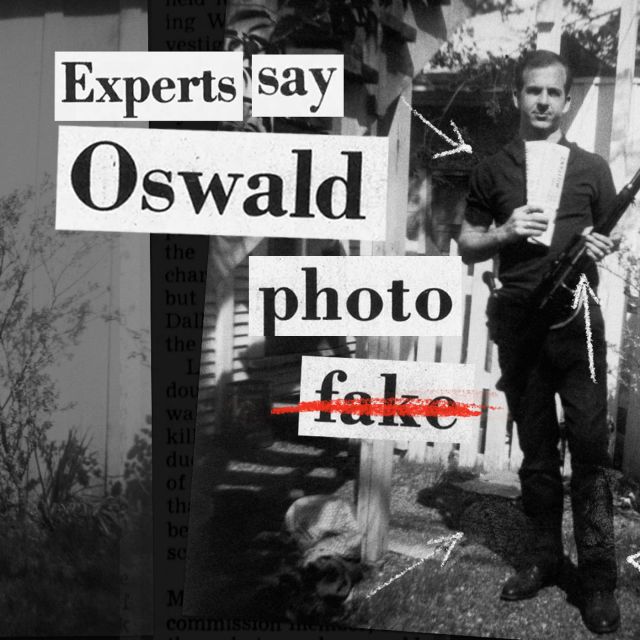 “On this day, almost six decades ago, US President John F. Kennedy was assassinated in Dallas, Texas. Among the many photos and footage that surfaced following the incident shows the accused killer Lee Harvey Oswald. In the video above, the folks of Vox revisited the controversy that surrounded the photo and why people thought it was fake. If you enjoy looking at history in photos or photos that made history, the video is worth the watch. For this episode of their ‘Darkroom’ series, Vox reminds us a number of key details about this photo. First, it was one of the photos of Oswald posing in his backyard and holding the murder weapon. As expected, it cemented the case against him. However, when the investigators showed him the photos, he insisted they were fakes. Someone supposedly superimposed his head onto someone else’s body and to frame him. The next day, he was fatally shot while in police custody.  As we can see, these are the perfect ingredients to get conspiracy theories brewing. Soon enough, rumors of the US government covering up the real story of the assassination began to float around. Oswald’s photo was at the center of it all. Even before the days of Photoshop, the world was no stranger to photo manipulation and fake photos. Exploring history through photos today allows us to dissect such theories using present technology to confirm or debunk them. So, Vox brought in digital imaging forensics expert Hany Farid to weigh in on the authenticity of the photo. As decades of analysis show, his recent 3D forensic analysis supports the conclusion that the photo is most likely authentic. …”
photofocus (Video)
Dallas Killers Club (July 2014)
Most People Believe In JFK Conspiracy Theories (Oct. 2017)
Here Are the Juiciest Bits From the Secret JFK Document Dump (Dec. 2021)
Guardian: The best books about the JFK assassination, from Norman Mailer to Don DeLillo (Oct. 2017)
1960s Day of Rage: JFK Assassination Song: “The Motorcade Sped On” by Steinski
1960s Day of Rage: What Biden is keeping secret in the JFK files