At the End of Love’s Road with Michelangelo Antonioni 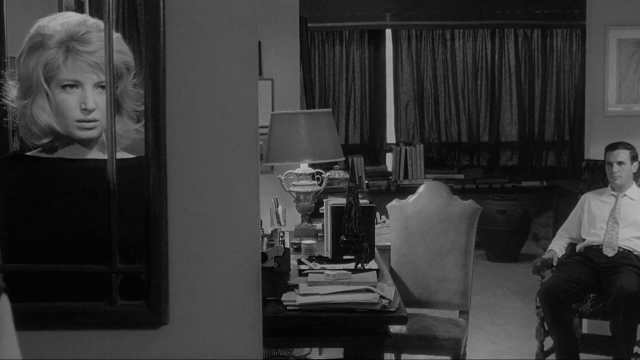 “Michelangelo Antonioni’s L’eclisse is about the end of one love affair and the beginning of another. It’s also about how hard it is to believe in relationships and create meaning out of them. This is the Antonioni film that hits me the hardest—in spite of the fact that I can’t describe the intricacies of the plot in detail. It has maybe my favorite opening and ending in any movie, but apart from that I couldn’t tell you what happens. It’s not that the scenes are forgettable; rather, they’re incidental. L’eclisse is not as contained a movie as La notte or L’avventura, which have more identifiable arcs. But it’s such amazing filmmaking. I first saw L’eclisse in the nineties on a VHS I’d ordered from a British company. I was probably still in my late teens, but I knew I wanted to make movies. Of course you should see the film in a cinema if you can, but because Antonioni is so frame-obsessed, watching his films on a small screen often allows you to become even more aware of his compositions. Seeing that for the first time, especially as a wannabe filmmaker, you’re knocked out by it, and you really become conscious about cinema in a new way. It’s very inspiring, because it makes you feel that cinema can be that poetic and that stylized and still be very much about important things. One of the genius elements of the opening scene is the use of sound, beginning with the titles. Straight away you have this pop music that gives a sense of youth and fun, and then right when composer Giovanni Fusco’s credit appears, the music changes abruptly to an aggressive, modern score. That music continues until the scene starts and you enter into silence. Antonioni uses very little music in the movie, but when it’s there, it’s very expressive and commanding. He does with sound what he does with other aesthetic elements—he makes very clear choices and wants to show them off. It’s not invisible moviemaking. And this emptiness of sound says so much about what must have happened right before the moment we’re dropped into. This couple — Monica Vitti’s Vittoria and Francisco Rabal’s Riccardo — must have had a fun night out. Maybe they went dancing and were feeling in love, but when they got home, it turned into a night of quarreling. They probably said some hurtful things. …”
Criterion (Video)