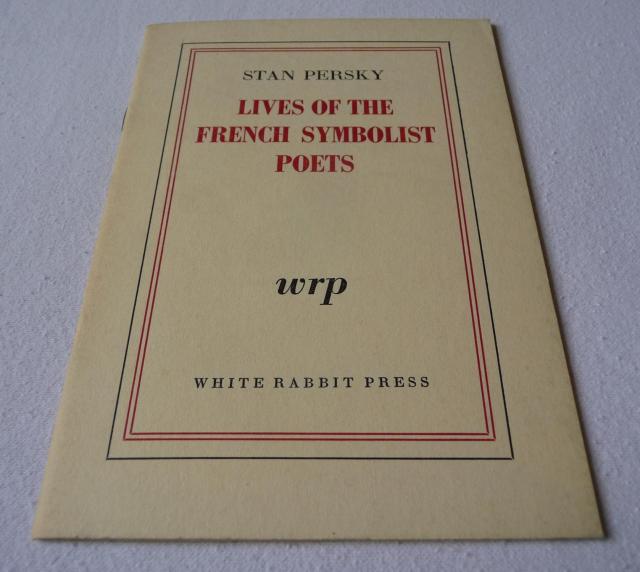 “The first book of the White Rabbit Press was Boston poet Steve Jonas’s Love, the Poem, the Sea & Other Pieces Examined, published in 1957 with a cover by San Francisco artist Jess Collins. It was followed closely by poet Jack Spicer’s breakthrough book After Lorca in the same year (‘Things fit together. We knew that—it is the principle of magic.’). The press was owned by Joe Dunn, who started it to print the work of the group who surrounded Spicer at The Place in North Beach, a bar owned by Leo Krikorian, an alumnus of Black Mountain College. Dunn, who worked for Greyhound Bus Lines in San Francisco, took a secretarial course at Spicer’s insistence and learned to operate a multilith machine. He produced the first ten or eleven titles of the press at work, squeezing out time here and there. Among the books he produced were Denise Levertov’s 5 Poems, with a cover by Jess Collins, Richard Brautigan’s The Galilee Hitch-hiker, Helen Adam’s The Queen o’ Crow Castle, George Stanley’s The Love Root, Charles Olson’s O’Ryan 2, 4, 6, 8, 10, and Ebbe Borregaard’s The Wapitis, with a cover drawn by Robert Duncan. These pieces were all uniformly lithographed from typescripts or even manuscripts provided by the authors, and each book was sized 8½ by 6½ inches. In many ways they are perfect examples of the printing of poetry. After Joe Dunn’s relationship with methamphetamines ended in tragedy, the presswork at White Rabbit was taken over in 1962 by a close friend of Spicer’s, Graham Mackintosh, dubbed ‘the ruffian printer’ by the elegant San Francisco pressman Robert Grabhorn. As a graduate student at Berkeley in 1961, Mackintosh had worked closely with Spicer on the Linguistic Atlas of the Pacific Coast. His first experience in printing was Spicer’s Lament for the Makers, for which he also provided the collage cover. Mackintosh, who was Robert Duncan’s favorite printer, went on to print books for Oyez and to design and print, along with Saul Marks of the Plantin Press, the first few books of the Black Sparrow Press. …”
from a secret location
The Golden Anniversary: (a few months late) The First Ten Books of the White Rabbit Press
verdant press 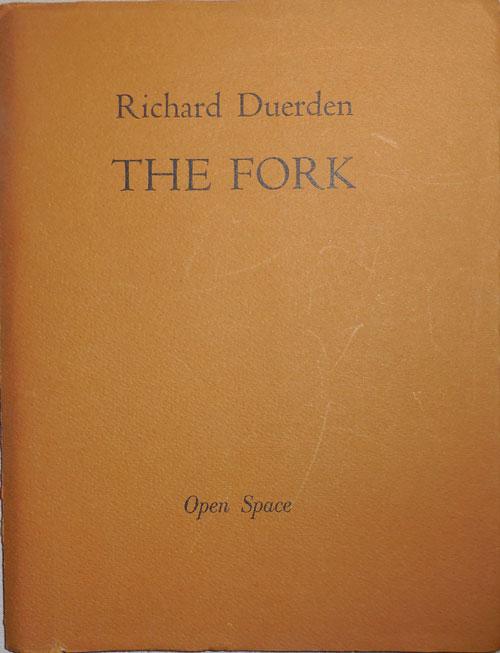