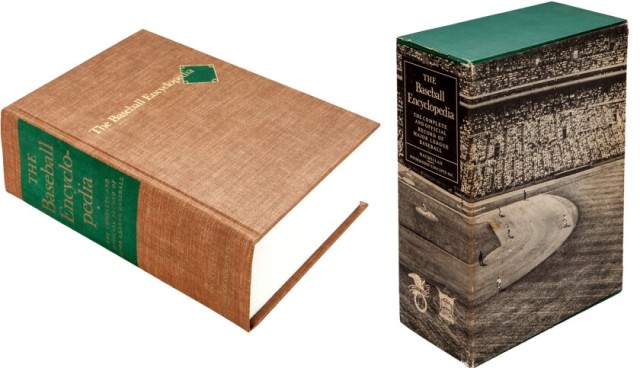 “The Baseball Encyclopedia is a baseball reference book first published by Macmillan in 1969. Nine further editions of the book were released between 1974 and 1996. The Baseball Encyclopedia features statistical summaries for Major League Baseball (MLB) players.  Baseball reference books that predate The Baseball Encyclopedia include the Baseball Cyclopedia, which was first released in 1922, and The Official Encyclopedia of Baseball, which was published during the 1950s and 1960s. These books included rudimentary player statistics, but major gaps existed in their coverage. Games played were tallied for all players, while batting average was provided for hitters and pitchers’ win–loss records were listed. Other statistical categories were not provided by these books. Official baseball records and various publications had numerous errors and inconsistencies, which were most apparent with pre-1920 data. One publication by The Sporting News listed two different 1899 National League batting average leaders within a 16-page span. Statistician David Neft, who had recently been hired by computer data processing company Information Concepts, Inc. (ICI), first proposed a new baseball encyclopedia in 1965. … It was eventually determined that, to provide the greatest amount of accuracy possible, daily statistics for all players would have to be recreated. Biographical details for approximately 5,000 players had already been compiled by Lee Allen, a historian at the Baseball Hall of Fame, and his research provided an early foundation. Another boon to research efforts for the book came from ICI’s acquisition of scrapbooks owned by steamship executive John Tattersall. His records included a full collection of box scores dating back to 1876, and a mostly complete daily statistics log that covered the period between 1876 and 1890. The data, however, was not sufficient to calculate stats that had not been tracked contemporaneously, such as earned run average, runs batted in, and saves. …”
Wikipedia
SABR: The Macmillian Baseball Encyclopedia, the West System, and Sweat Equity
[PDF] The Baseball Encyclopedia By JIMMY BRESLIN
LA Times: The Baseball Encyclopedia was born 50 years ago, 2337 pages landing with a thud 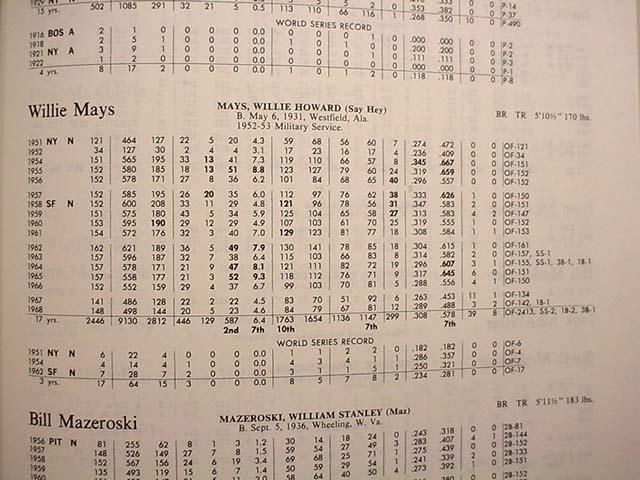