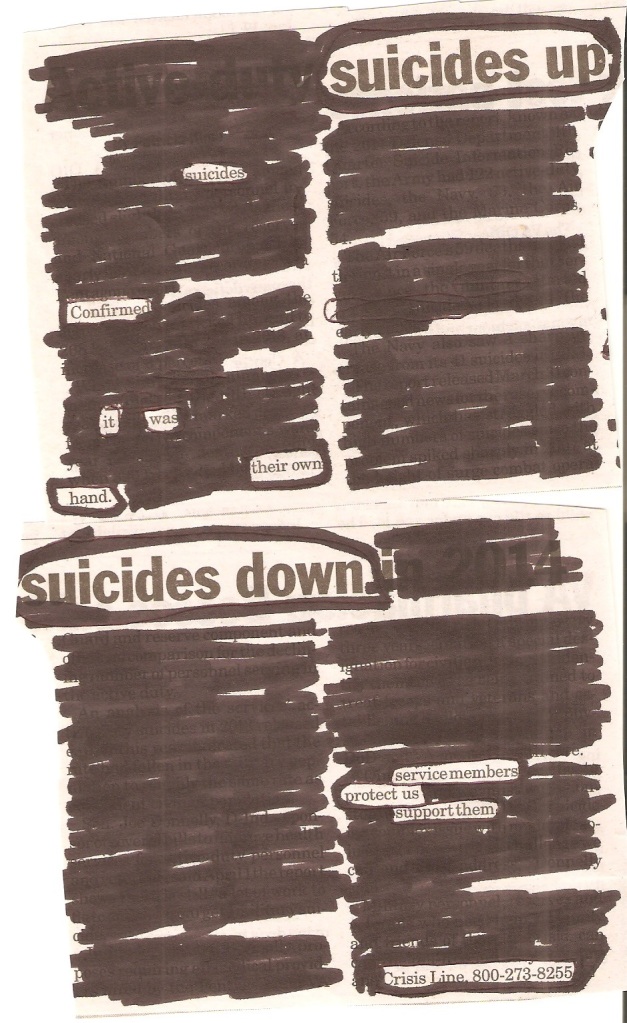 A piece of blackout poetry, created by blocking out words from a found piece of newsprint W – Found poetry, W – Erasure (artform)

“Poetry is everywhere, and it hides in plain view. Everyday writing like catalogs and tax forms can contain the ingredients for a ‘found poem.’ Writers of found poetry pull words and phrases from various sources, including news articles, shopping lists, graffiti, historic documents, and even other works of literature. The original language is reformatted to create the found poem. … Instead, the poet engages with the text and offers a new context, a contrary view, a fresh insight, or lyrical and evocative writing. Just as plastic bottles can be recycled to make a chair, the source text is transformed into something completely different. Traditionally, a found poem uses only words from the original source. However, poets have developed many ways to work with found language. Rearranging word order, inserting line breaks and stanzas, and adding new language can be part of the process. Check out these six popular approaches to creating found poems. … Beat writer William S. Burroughs championed the cut-up approach during the late 1950s and early ’60s. He divided pages of a source text into quarters that he rearranged and turned into poems. Or, alternatively, he folded pages to merge lines and create unexpected juxtapositions. While his cut and fold poems can seem perplexing, it’s clear that Burroughs made deliberate choices. … Similar to cut-up poetry, a blackout poem begins with an existing text, usually a newspaper. Using a heavy black marker, the writer blots out most of the page. The remaining words are not moved or rearranged. Fixed in place, they float in a sea of darkness. The contrast of black and white stirs thoughts of censorship and secrecy. … An erasure poem is like a photo-negative of a blackout poem. The redacted text is not blackened but erased, clipped out, or obscured beneath white-out, pencil, gouache paint, colored marker, sticky notes, or stamps. Often the shading is translucent, leaving some words slightly visible. The diminished language becomes a poignant subtext to the remaining words. Erasure poetry is both a literary and a visual art. …”
ThoughtCo.
Guardian – Poster poems: Found poetry
The History of Blackout Poetry 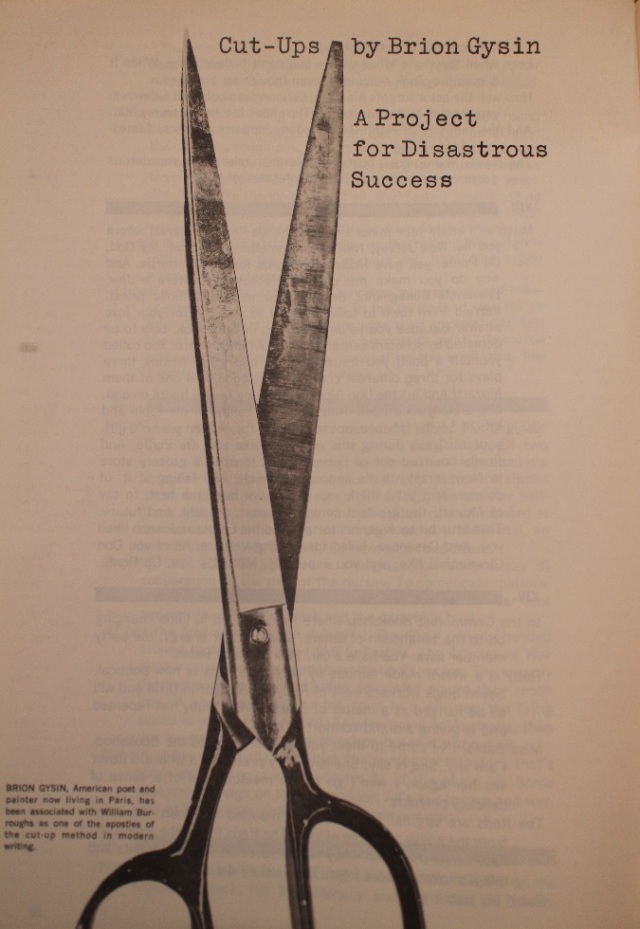 1 Response to Introduction to Found Poetry