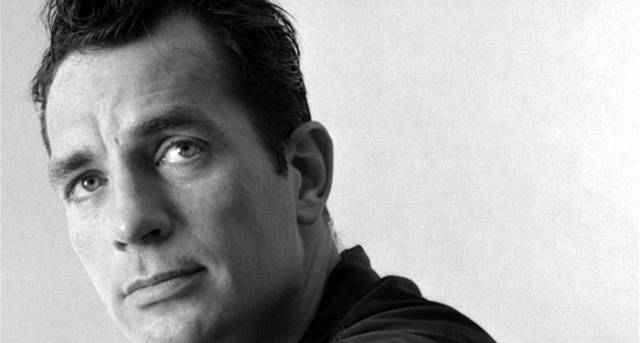 “Jack Kerouac – anti-establishment icon, revolutionary author of the American classic On the Road, pioneer of the Beat Generation and, perhaps most of all, enduring symbol of cool. If a dog-eared paperback of On the Road slung in your back pocket was once the ultimate avant-garde accessory, 100 years after his birth, a Kerouac namecheck has become something of a trope on dating apps. New analysis by OkCupid has shown that mentions of the Beat poets and On the Road in profiles (more often on those belonging to men) have increased more than threefold in the past five years. With their themes of travelling, male friendship and flight from the nine-to-five to explore a world of sex, drugs and art, it’s easy to see why men want to align themselves with Kerouac’s books. The anarchist ideals of On the Road characters Dean Moriarty and Sal Paradise are ones that ‘alternative’ or ‘indie’ communities have often shared. As a result, Kerouac remains present in popular culture like few other authors: his face appears on Christian Dior sweatshirts, as recently worn by Benedict Cumberbatch; his book The Dharma Bums features in the TV show Ted Lasso; and British band the 1975 took their name from random scribbles on the back page of On the Road (‘1 June The 1975’). … Kerouac was handsome and a talented football player. But he was also the son of working-class Catholic immigrants from Québec. Jean-Louis, as Kerouac was born, did not learn English until he was six years old, and struggled through most of his teens. Cloutier, himself Québécois, has translated Kerouac’s French novellas and says the author felt outside American culture all his life. On the Road becomes a different journey when read from this marginalised perspective. But the mythologising of Kerouac was almost instantaneous on its publication in 1957, with a rapturous New York Times review declaring it the ‘most important utterance yet’ of the Beat generation. …”
Guardian
Guardian: The 100 best novels: No 76 – On the Road by Jack Kerouac (1957)
W – On the Road by Jack Kerouac (1957)
Open Culture: Hear Jack Kerouac Read from On The Road on the 100th Anniversary of His Birth (Video)

1 Response to The road well travelled: 100 years of Jack Kerouac