In this May 2, 1967, file photo, playwright Edward Albee, winner of the 1967 Pulitzer Prize for drama, for his play “A Delicate Balance,” talks to reporters during a news conference at the Cherry Lane Theater in the Greenwich Village section of New York.

“… The big woman greases her arms with hog fat. The man sullenly does the same. A lame dwarf lurches from one to the other like an evil Cupid, insane with glee. Townspeople whisper excitedly. When the woman and the man have finished readying themselves, they face each other, crouch, and spring. Their fight is brutal, and for a time it is even. Then the woman’s greater strength begins to tell. She has nearly strangled the man, when the dwarf shrieks and jumps on her back. The man recovers, clubs the woman to the ground, then gouges out her eyes. The Ballad of the Sad Café is over. The cast takes its bows, and the cash customers walk up the aisle wearing a look that Broadway has come to know well. It is shock, but not simply that. The audience has had its emotions wrung out by something it does not understand and does not like, but cannot dismiss. After Ballad’s opening performance, the first man interviewed by TV reporters was crying. An hour or so after that opening, a thin young man at the cast party turned to Colleen Dewhurst, the show’s star. ‘Why do we have to put up with this?’ he asked, in a voice edged with boredom and irritation. ‘This’ was the roomful of 32-toothed smilers waiting to widen their smiles or narrow them to smirks, depending on the reviews. The young man, who was Edward Albee, author of the stage version of Ballad, did not look as if he could possibly have attended enough opening-night parties to have become bored. He is 35 but looks 26, and his face is the kind you see waiting in an ad agency, 15 minutes early for an appointment with the assistant head of personnel. But Albee, bad type-casting or not, can look, on a good night, very much like the New Thundering Savior of the American stage. There is no denying that the credentials he has presented both on and off Broadway are impressive. So impressive, in fact, that although he is supposed to be a ferocious critic of the American society, State Department Chautauqua officials recently booked him into Russia under the cultural exchange program. Less than six years ago, however, the only thing impressive about Edward Albee was that a grandmother had left him $100,000 in trust. …”
Saturday Evening Post
NY Times: Edward Albee, Trenchant Playwright Who Laid Bare Modern Life, Dies at 88 (Video)
W – Edward Albee 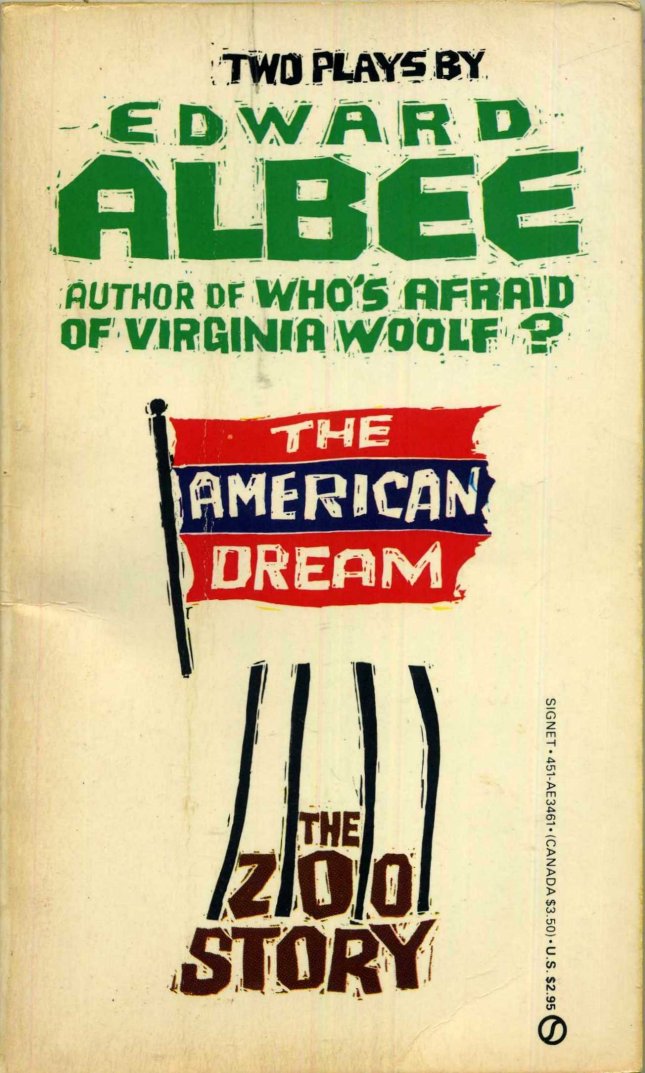