Making It: Pick up a spot welder and join the revolution. 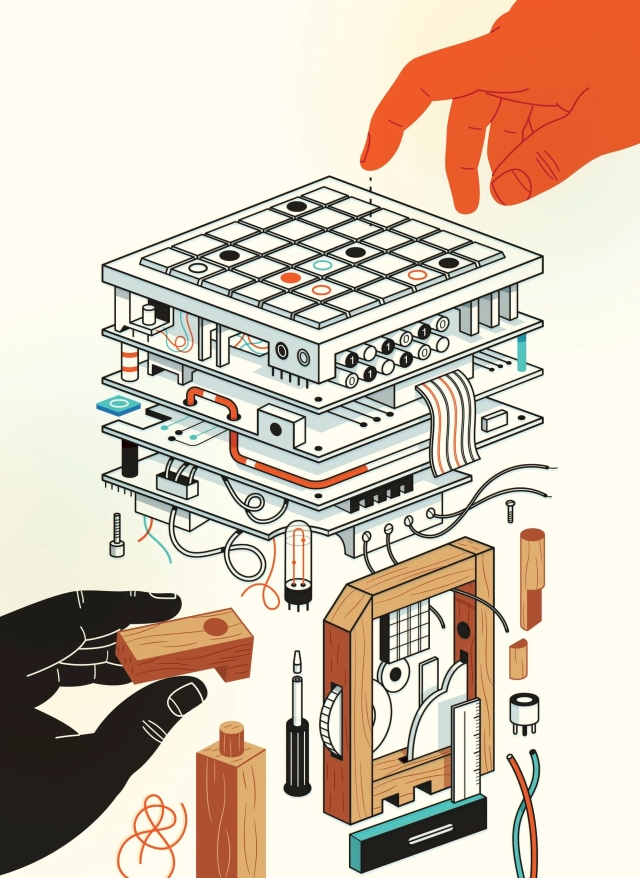 Enthusiasts of the maker movement foresee a third industrial revolution.

January 5, 2014: “In January of 1903, the small Boston magazine Handicraft ran an essay by the Harvard professor Denman W. Ross, who argued that the American Arts and Crafts movement was in deep crisis. The movement was concerned with promoting good taste and self-fulfillment through the creation and the appreciation of beautiful objects; its more radical wing also sought to advance worker autonomy. The problem was that no one in America seemed to need its products. The solution, according to Ross, was to provide technical education to the critics and the consumers of art alike. This would stimulate demand for high-quality objects and encourage more workers to take up craftsmanship. The cause of the Arts and Crafts movement would be achieved, he maintained, only ‘when the philosopher goes to work and the working man becomes a philosopher.’ … Although the Arts and Crafts movement was dead by the First World War, the sentiment behind it lingered. It resurfaced in the counterculture of the nineteen-sixties, with its celebration of simplicity, its back-to-the-land sloganeering, and, especially, its endorsement of savvy consumerism as a form of political activism. The publisher and sage Stewart Brand was the chief proponent of such views. ‘The consumer has more power for good or ill than the voter,’ he announced in the pages of his ‘Whole Earth Catalog,’ which débuted in 1968 and was geared to communalists and others who sought to drop out of the mainstream. Inspired by the technophilia of his intellectual hero Buckminster Fuller, Brand played a key role in celebrating the personal computer as the ultimate tool of emancipation. He convinced the consumers he celebrated that they were actually far more radical than the student rebels who were being beaten up by the police. At a recent conference, Brand drew a contrast between ‘what happened around Berkeley in the sixties and what happened around Stanford in the sixties,’ a contrast that captures the fate of activism in America more broadly. … To convince consumers that they were rebels, Brand first convinced them that they were ‘hackers,’ a slang term that was already in use in places like M.I.T. but that Brand went on to popularize and infuse with much wider meaning. …”
New Yorker

1 Response to Making It: Pick up a spot welder and join the revolution.