“Free Schools is a pragmatic and polemical sequel to Jonathan Kozol’s National Book Award‐winning Death at an Early Age. In the latter, Kozol described his brief career as an innovative teacher in the Boston Public Schools and his confrontations with its administrators, In the present book, he describes (and recommends) the far more wide‐ranging confrontations necessary to the founding of a Free School, such as the one he and a small group have successfully run for six years in the black ghetto of Roxbury, Mass. Set up in the ghetto by teachers and parents who can no longer tolerate public schools, supported by their mutual efforts and dedicated to the education of children in all the conventional skills, this kind of Free School isn’t to be confused with an operation like Ocean Hill‐Brownsville or other public‐school‐affiliated ventures that, however admirable, represent for Kozol merely an alternative within the system and are therefore incapable of effectively undermining its indoctrinal and custodial power. Nor is Kozol’s school at all like the country communes or rural Free Schools where people ‘do their thing’ and where reading, writing and arithmetic are regarded less as necessary, even if painfully acquired abilities than as talents that might evolve organically, like walking or talking, when the child discovers he is ready for them at, 12. For this kind of Free School,..the plaything of the privileged, Kozol has a contempt nearly obsessive. While he is as strongly committed in this book as in his first to the idea that education should be ‘child centered,’ ‘open structured,’ ‘individualized,’ and ‘unoppressive,’ he is now acutely aware that if the black and Spanish children in a Free School are to persevere beyond it, then the school must emphasize what used to be known as basic skills. Them is no quarter given here to self‐indulgent whites whose 16 or 20 odd years of expensive education have prepared them to hit the pastoral trail with the children they are supposed to in. The realities of the ghetto—and of the society that creates them—is structured, in the most literal sense, into Kozol’s version of the Free School. Such a school must be in direct, physical contact, day after day, with ‘the needs and urgencies of those among the poor, the black, the dispossessed, who have been most clearly victimized by public education.’ Of course they have been victimized by a good deal more than that, and what Kozol means is that in setting up a Free School, men like himself and women like his wife Barbara and Annette Holman learned, by exhausting exposure, a good deal about the economic and political system that cripples the Children (and their parents) for whom the school is designed. …”
NY Times: Kozol the builder and Kozol the scourge
Studs Terkel: Jonathon Kozol discusses his book “Free schools” and education (Audio)
America’s Most Influential—and Wrongest—School Reformer
amazon 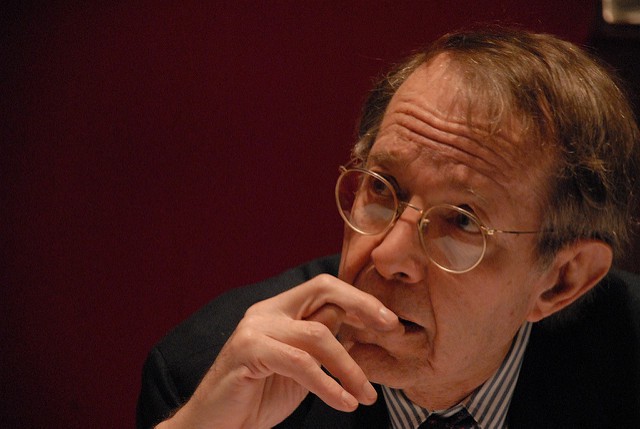