A Family for My Art: Poets at the American Place Theatre 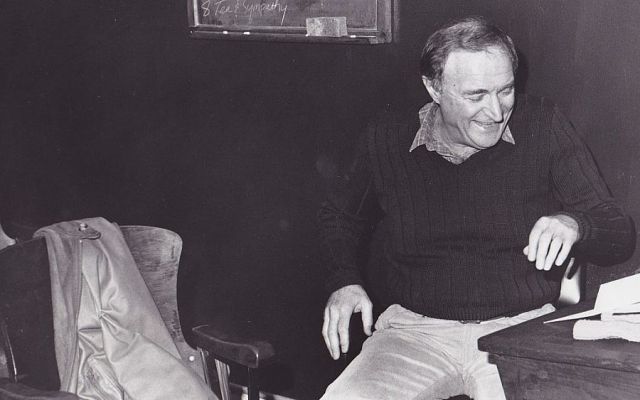 “In 1963, a small not-for-profit theater called the American Place Theatre was founded in St. Clements Church, a Victorian Gothic church tucked away in Manhattan’s Theater District. The theater was founded by the minister and actor Sidney Lanier, acting teacher Wynn Handman, and actor Michael Tolan. Their goal was to foster good writing for theater by providing a place where American writers, both emerging and established, could find support in writing new works for the stage. Their vision shines through the entirety of the American Place Theatre records, recently opened to the public at NYPL’s Billy Rose Theatre Division. A notable characteristic of this fledgling theater was that it sought to give a stage to poets who wished to use the dramatic form. While poetic dramas are not revolutionary, modern verse poets who also wrote plays were a bit of a rarity. Ezra Pound once dictated that ‘Poetry should be at least as well-written as prose,’ and at the American Place Theatre, this dictum was recognized. Poets were viewed as writers of quality, artists who had the ability to work beyond the poetic form. Poets who subsequently had work produced at the theater include Robert Lowell, William Alfred, Anne Sexton, Patti Smith, W. D. Snodgrass, May Swenson, and Robert Penn Warren. The theater’s debut production was Robert Lowell’s The Old Glory (1964), a triptych of one-act verse plays. Though Lowell’s interest in dramatic writing began with his translation of Phaedra, The Old Glory was his first original play. Lowell wrote the plays at a time when his own personal scholarship was steering towards the historical narrative. The plots for The Old Glory were inspired by the writings of Melville and Hawthorne, and in an interview with Richard Gilman in the New York Times, Lowell stated that ‘using Hawthorne and Melville spared me a lot of work,’ further elaborating that ‘plots are boring anyway.’ Copies of Lowell’s casting notes found in the collection are rich with literary allusions. Lowell described the character of Thomas Morton as ‘Sleek, competent, oily, something of a Falstaff quality,’ and the Ferryman character as ‘Larger then life…Dante figure. White bearded.’ …”
NYPL
W – The American Place Theatre
The Poet and the Monk: An Anne Sexton Love Story
From Midcentury Confessional Poetry to Reality TV

1 Response to A Family for My Art: Poets at the American Place Theatre