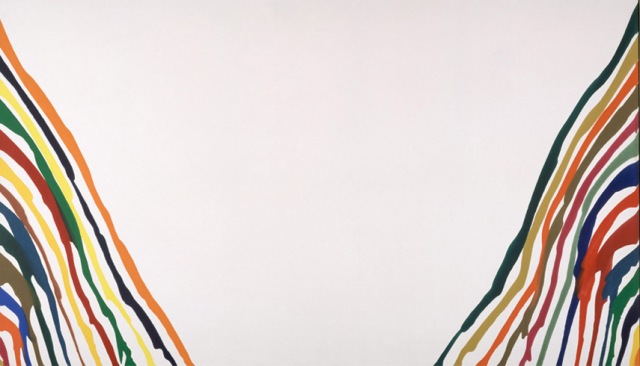 “As a rebellion against the gestural and painterly approach of numerous Abstract Expressionists, term post-painterly abstraction was coined to help define the variety of styles which came forth. In 1964, the author of the term, critic Clement Greenberg used it in the title of the exhibition featuring new tendencies in color field painting, hard-edge abstraction, and the Washington Color School. Believing that early 1950s Abstract Expressionism has stopped achieving any innovations in painting, the critic turned his eye and the eye of the public towards works lacking any evidence of the artist’s inner workings. Anonymous in its execution, the new paintings reflected the move away from the grandiose drama and spirituality of Abstract Expressionism. … Seen as the most important event, which has helped to place post-painterly abstraction on the map of art history, is the 1964 show at the Los Angeles Country Museum of Art. With the total of 31 artists exhibiting in the show, evident was the dominance of color, the flatness of the canvas surface, and adoration for geometric shapes. The move towards a more hard-edge style of abstraction, the clear lines, high contrast of color and its various hues, along with the rejection of the tactile application of paint were seen as the dominant features of such movement[2]. Few of its most famous artists, such as Frank Stella, Ellsworth Kelly, and Al Held had a tendency to work with clean lines and clearly defined forms. Other artists, such as Helen Frankenthaler were well known for the technique of soaking the paint into the untreated canvas. The effect produced was the direct step of the paint onto the canvas, creating a vibrant and utterly flat visual plane. Such approach to paint and canvas influenced the work of Morris Louis, Kenneth Noland, and Jules Olitski. Implementing the soaking technique, the artists created a variety of color field paintings in their own unique designs. These works functioned in terms of the painting medium and focused on pure ideas of form, composition, color, scale, and texture. Understood as an umbrella under which hard-edge painting, color stain painting, lyrical abstraction, and minimal painting stood, post-painterly abstraction introduced a more logical and systematic approach to creativity. Rigorous denial of the inwardness and mysticism along with any residual references to the world created a purely factual kind of art. …”
The Scope and The Meaning of Post-Painterly Abstraction
W – Post-painterly abstraction
[PDF] Post Painterly Abstraction
Clement Greenberg
Post-Painterly Abstraction – The Meaning and the Scope 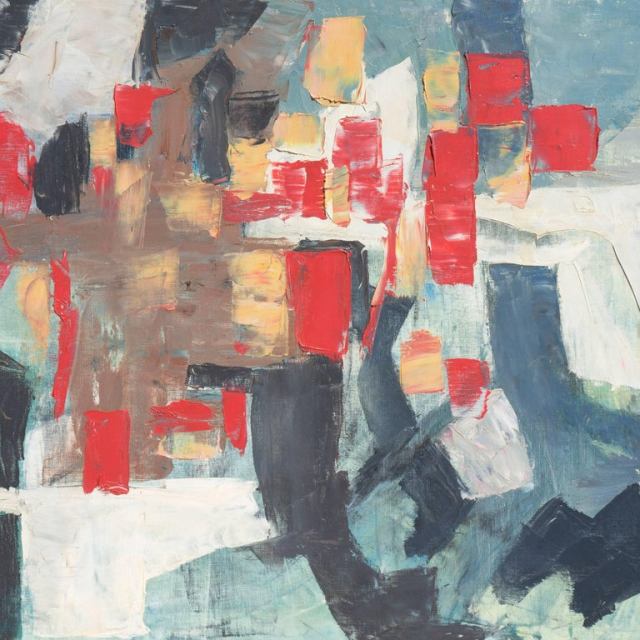