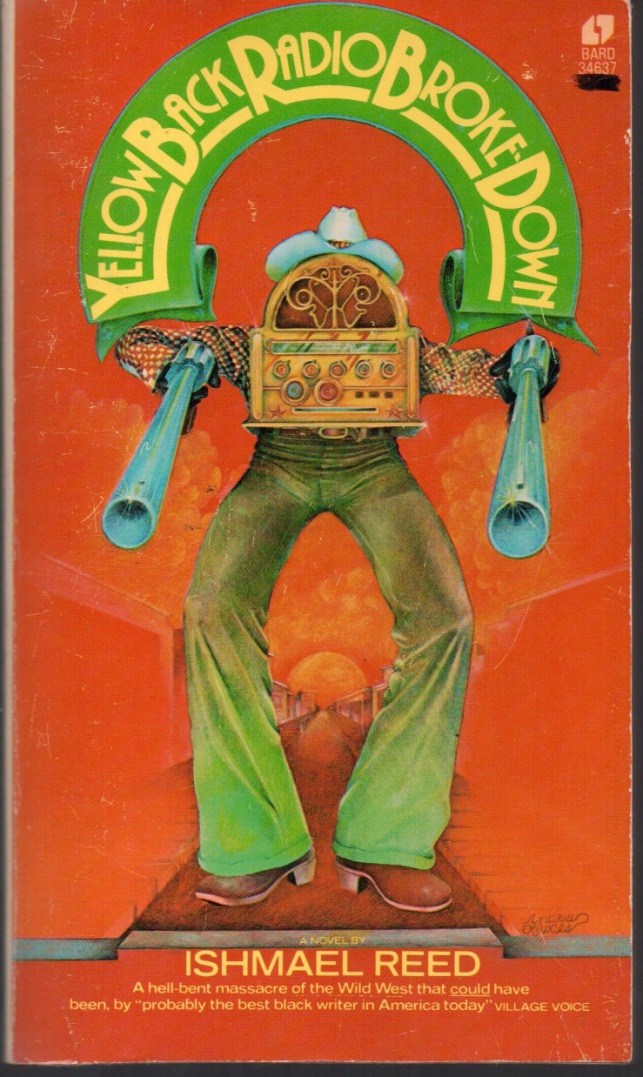 “Yellow Back Radio Broke-Down, by the African-American writer Ishmael Reed, is a satirical take on the traditional Western. It is Ishmael Reed’s second novel, following The Freelance Pallbearers (1967), and was first published in 1969. It tells the story of the Loop Garoo Kid, an African-American cowboy who practices the religion of Neohoodooism, and describes his struggle against established religion and cultural oppression. Yellow Back Radio Broke-Down is a western that spans some three centuries of history and references locations from across the United States landscape. Through the three colorful protagonists, Chief Showcase, a Native American, Drag Gibson, a white land capitalist, and the Loop Garoo Kid, an African-American cowboy, Reed criticizes the hypocrisy of the American Church, the warping of history to degrade the portrayal of African Americans, and ways the ‘white man’ attempts to destroy the ‘black man’. The novel’s title summarizes both its literary and cultural messages. ‘Yellow Back’ references the traditionally yellow covers of lurid dime Westerns, while ‘Radio’ references Reed’s strategy of writing the book in an oral, broadcast tradition. In a 1974 interview, Reed states that he ‘based the book on old radio scripts in which the listener constructed the sets with his imagination; that’s why radio; also because it’s an oral book, a talking book…there’s more dialogue than scenery or description.’ The ‘broke-down’ indicates a deconstruction of the traditional American Western novel. ‘Yellow Back Radio’ can also be seen as symbolic of a media broadcasting traditional American values of capitalism and monotheism. The Loop Garoo Kid, bearing a strange religion from that ‘strange continent which serves as the subconscious of our planet’ (152), uses Neohoodooism to ‘Break Down’ this cultural broadcast. Yellow Back Radio Broke-Down jumps into the narrative of the main protagonist, Loop Garoo, a black, silver tongued, circus cowboy, who represents the devil to the white men. … Yellow Back Radio Broke-Down was rated one of the 100 Best Books in the 20th Century by the American Book Review and a San Francisco Chronicle poll. …”
Wikipedia
The Crimson: From the Shelf Yellow Back Radio Broke-Down (Dec. 1969)
A review of Yellow Back Radio Broke-Down, Ishmael Reed’s syncretic Neo-HooDoo revenge Western 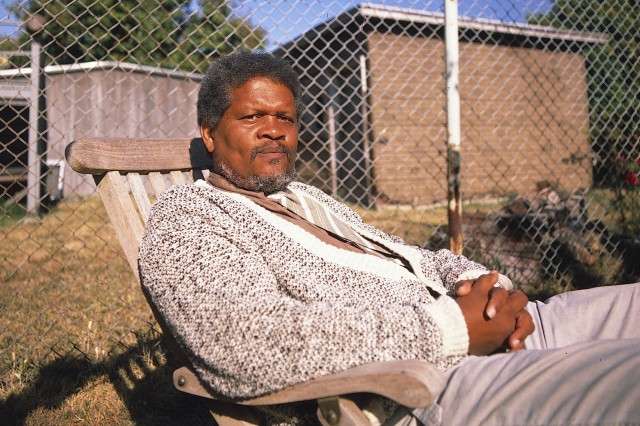