The Village: 400 Years of Beats and Bohemians, Radicals and Rogues, a History of Greenwich Village – John Strausbaugh

“… Hail, hail, the gang’s all here: a galaxy of scoundrels, artists and geniuses commingle in John Strausbaugh’s ambitious 600-plus-page history of Greenwich Village. Strausbaugh — who presided over this newspaper’s ‘Weekend Explorer’ series on New York City and wrote what felt like the entirety of The New York Press in its 1990s heyday — turns a collection of stories and profiles into something less like a textbook than a party spinning happily out of control. … And he has a great ear. Telling the story of Off Off Broadway’s creation, Strausbaugh mentions work like ‘Awful People Are Coming Over So We Must Be Pretending to Be Hard at Work and Hope They Will Go Away.’ He cites the folk musician Dave Van Ronk on what Van Ronk expected to see when he arrived in the Village: ‘bearded, bomb-throwing anarchists, poets, painters and nymphomaniacs whose ideology was slightly to the left of whoopee!’ He also recounts John Waters’s anecdote of arriving at Fran Lebowitz’s house one night after being bloodied by a mugger and telling her, ‘I murdered five people and came to involve you.’ Strausbaugh does go rather heavy on the composer David Amram, quoting him in more than a dozen places, about half of which feel gratuitous. But it’s hard to complain about his similar indulgence of the legendarily underappreciated novelist Dawn Powell. … Then there are his origin stories. Strausbaugh offers Village roots for flash mobs, cabaret laws, Occupy Wall Street-like park protests and New York University’s lack of popularity with locals (its land grabs have been controversial since at least 1832). Rather less convincingly, he entertains the theory that costumed revelers migrating from the Waverly Theater’s midnight showings of ‘The Rocky Horror Picture Show’ straight to CBGB begat punk fashion. (This story begs for photographic proof — perhaps Debbie Harry in Magenta’s maid uniform.) In his introduction, Strausbaugh cautions against ‘judging the extremists too harshly,’ but he is not opposed to doing a bit of harsh judging himself. N.Y.U.’s reconstruction of the Poe House, he says, ‘looks like a skin graft that didn’t take.’ On Maxwell Bodenheim: ‘Reading his facile, gaudy verses now, it’s easy to think that it was the brute force of his sociopathic presence, rather than the poetry, that convinced the best poets in the Village at the time that he was one of them, potentially even the best of them.’ …”
NY Times: Downtown
W – John Strausbaugh
The Free Library
amazon 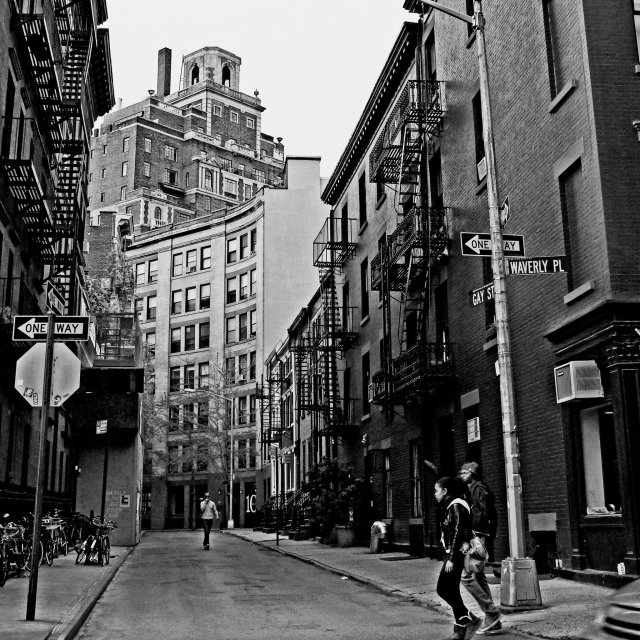 1 Response to The Village: 400 Years of Beats and Bohemians, Radicals and Rogues, a History of Greenwich Village – John Strausbaugh