Reflections on 1960, the Year of Africa 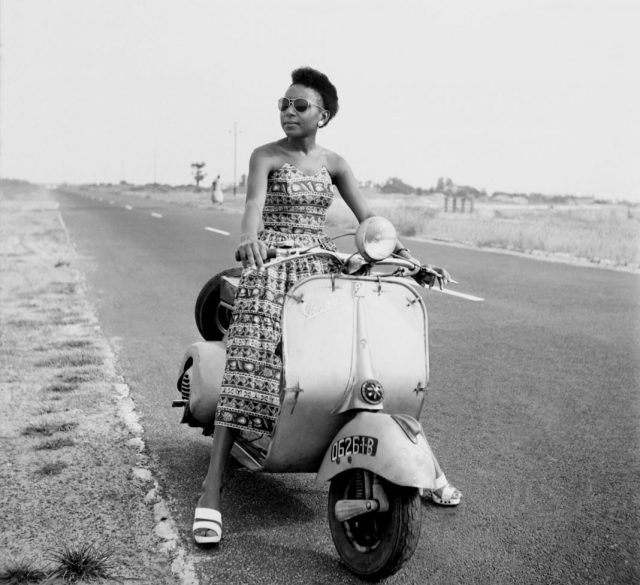 “A little more than a year ago, the archival storytelling group came across a photo of a woman carrying on her back a baby holding a tiny Nigerian flag. The year was 1960. It was a powerful illustration of how new independence felt for so many African nations. Seventeen countries declared independence that year, which became known as the Year of Africa. And with the coming of its 60th anniversary, the idea for this project was born. We selected images — some from The New York Times’s archive and others from various collections around the world — to tell the story of the heady days around the Year of Africa. Each of the 17 countries that gained independence that year is represented here in photographs, but there are also images from countries, like Ghana, with especially rich photographic traditions. We then invited a group of creative people of African descent to give us their personal reactions to these images. The responses varied, but all of the contributors saw glimpses of home and family in these photographs. All of them, in their own way, were moved by the sparks of power and possibility that are as much a part of their individual stories as of the collective history of a continent being redefined. –Veronica Chambers, Editor. It Was the Year of Africa – Adom Getachew. An academic conference is rarely an occasion for world-historical predictions, but, addressing a meeting on African politics at Wellesley College 60 years ago, Ralph Bunche made one. Bunche, the United Nations under secretary for political affairs and the first African-American to win the Nobel Peace Prize, declared that ‘1960 will be ‘the year of Africa’ because at least four, but maybe seven or eight, new member states will come from the continent,’ as The New York Times put it in February of that year. By December, not seven but 17 new African states had joined the U.N. The Year of Africa, as it came to be known, was a victory for the black world. It emerged from longstanding global movements for racial equality and gave rise to political and cultural revolutions that forever transformed Africa’s place in the world. Along with the triumph of African independence, however, the political crises of decolonization revealed central quandaries — from the place of ethnic identity in politics to the role and legitimacy of state power — that still trouble the continent and the wider world. For more than a decade before independence, nationalist organizations like Ghana’s Convention People’s Party and the Tanganyika African National Union had built mass political movements across the continent, using strikes, boycotts and other forms of civil disobedience to challenge imperial rule. This was a strategy that echoed the civil rights movement, whose leaders keenly watched developments in Africa. Martin Luther King Jr., Coretta Scott King and A. Philip Randolph attended Ghana’s independence celebrations in 1957. …”
NY Times

The cultural revolution captured in these images happened all over the continent. It could be found in the photography of Sanlé Sory of Burkina Faso, the dance floors of Bamako captured by Malick Sidibé, the rumba of the Congo, the jazz of Ethiopia and Tanzania, the literary renaissance that included the novels of Chinua Achebe and Ngugi wa Thiong’o, the plays of Ama Ata Aidoo and many more.

1 Response to Reflections on 1960, the Year of Africa