Where Fans of Rare Retro Soul Get Their Groove on 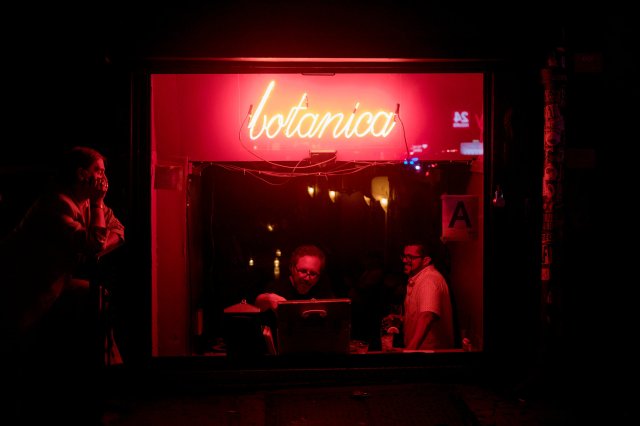 Every Wednesday at Botanica, Matt Weingarden, center, the host of “Downtown Soulville,” a radio show on WFMU, plays music from his personal collection of 45s.

“Matt Weingarden was running late. Clutching a box of records, he asked the couple in the window seat at the candlelit bar to relocate. He bussed a pint glass from their table, set up two turntables and a mixer, and set his records up on the windowsill. Switches were flipped. Knobs were turned. A green light blinked on. Finally, he put the needle down. ‘I’m Drunk and Real High (In the Spirit of God),’ a single by the little-known crooner Ada Richards, poured lo-fi, up-tempo beats into the room. About 15 people milled about. Some snapped fingers. Some clapped hands. A group started dancing. Every Wednesday for the last 23 years, at around 9:30 p.m., whether there’s a blizzard or a heat wave, Mr. Weingarden, a.k.a. D.J. Mr. Fine Wine, shows up at Botanica, an unassuming bar on East Houston Street with a music-rich past. Here he plays obscure vinyl, mostly soul, from the 1960s and ’70s. He plays seven-inch singles exclusively. Fans and collectors of Motown-era music come from all over to hear Mr. Weingarden spin from his collection of some 20,000 45s. During the 1960s and ’70s, Detroit had a ‘huge’ underground scene, said Mr. Weingarden. Thousands of records never got picked up for distribution, so originals sat in garages or landed in random shops, and they have become collectors’ items. Some sell for thousands. While soul was made all over the country, much of Mr. Weingarden’s collection is from Detroit, where he grew up. … Mr. Weingarden is known for his unique mix, which includes funk, boogaloo, R&B and gospel. His radio show, ‘Downtown Soulville,’ which airs Friday nights at 8 on WFMU, has run for 24 years. The Village Voice in 2011 called it the best radio show in the city. Richard Lewis, a.k.a. D.J. Honky, arrived at Botanica with a large bag of records. He works in finance, but his passion is tracking down rare soul. … On a lucky Wednesday, for instance, you might hear Brenda Jo Harris on ‘Good Old Standby,’ a track she cut in 1967 amid the Detroit riots. It’s likely the only place you’ll hear it, because, according to the record dealer who sold it to Mr. Weingarden, it’s one of only two known copies. Some old friends had gathered at the end of the bar and, with bopping heads, bantered in British accents (soul is big in the United Kingdom). Adey Pierce, a record collector from Gloucestershire, England, greeted the group. … Soul Singles From Matt Weingarden’s Collection of 45s. …”
NY Times – 2018  (Video)
WFMU – Downtown Soulville with Mr. Fine Wine: Playlists and Archives (Audio) 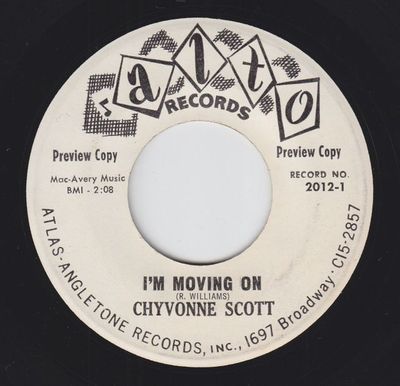