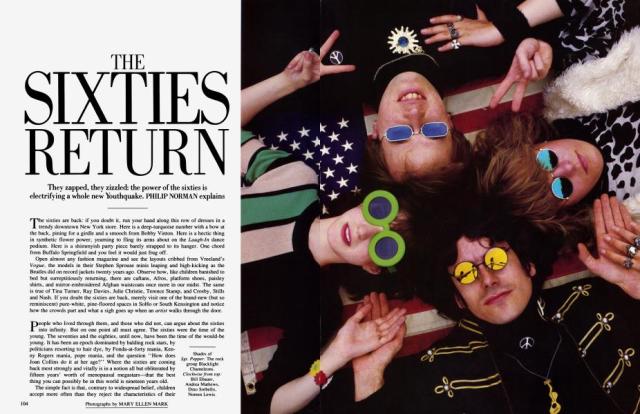 “The sixties are back: if you doubt it, run your hand along this row of dresses in a trendy downtown New York store. Here is a deep-turquoise number with a bow at the back, pining for a girdle and a smooch from Bobby Vinton. Here is a hectic thing in synthetic flower power, yearning to fling its arms about on the Laugh-In dance podium. Here is a shimmyish party piece barely strapped to its hanger. One chord from Buffalo Springfield and you feel it would just frug off. Open almost any fashion magazine and see the layouts cribbed from Vreeland’s Vogue, the models in their Stephen Sprouse minis leaping and high-kicking as the Beatles did on record jackets twenty years ago. Observe how, like children banished to bed but surreptitiously returning, there are caftans, Afros, platform shoes, paisley shirts, and mirror-embroidered Afghan waistcoats once more in our midst. The same is true of Tina Turner, Ray Davies, Julie Christie, Terence Stamp, and Crosby, Stills and Nash. If you doubt the sixties are back, merely visit one of the brand-new (but so reminiscent) pure-white, pine-floored spaces in SoHo or South Kensington and notice how the crowds part and what a sigh goes up when an artist walks through the door. … The late eighties will belong to babies bom in the mid-sixties— the babies one sees in films of rock festivals, wrapped in homespun blankets or playing with soap bubbles. It is the generation conceived amid psychedelic light shows in silverlame bedrooms to the strains of Sgt. Pepper. It is the generation breast-fed by a social order which, however illusory and soon corrupted, gave credence while it could to the important words love and peace. … First of all you notice her expression, which is as open, warm, and cloudless as ideal spring weather. Her parents, Peter and Barbara Moore, were New York sixties archetypes. Peter worked as an art photographer. Barbara knew the inner circle of avant-garde artists and performers—John Cage, Philip Glass, Yoko Ono, Charlotte Moorman. One of reBecca’s earliest memories is of being taken to an Easter cello recital by Moorman, who had, for the occasion, covered herself in chocolate. … The new sixties look is, even more than the old, a stylistic potpourri. Though literal reincarnations of both the mod and the hippie can be seen among young crowds in New York and London, the smarter way is to forage, jackdawlike, among the decade’s relics, adding them to layers of existing nostalgia for the forties and fifties and the still-prevalent ironies of punk. …”
Vanity Fair
W – Philip Norman
amazon 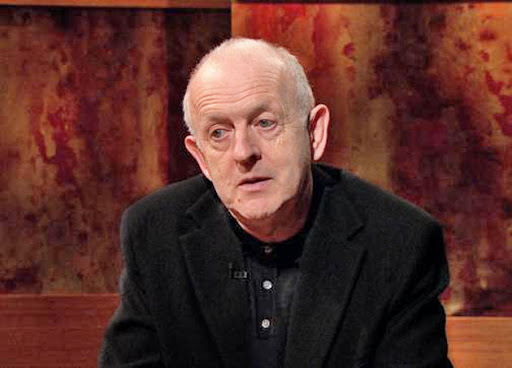