“… The gravel-voiced singer-songwriter accumulated hundreds of nicknames over a career spanning more than half a century. He wasn’t thrilled by some of them, remarking to the BBC, ‘You get tired, over the years, hearing that you’re the champion of gloom.’ Taken all together, however, they make for a decent composite portrait of a prolific artist whose sensuality, mordant wit, and obsession with love, loss, and redemption never wavered. He took some hiatuses, including a 5-year stint as a monk in California’s Mount Baldy monastery, but never retired. His final studio album, You Want It Darker, was released mere weeks before his death. Journalist Rob Sheffield articulated the Cohen mystique in a Rolling Stone eulogy: This man was both the crack in everything and the light that gets in. Nobody wrote such magnificently bleak ballads for brooding alone in the dark, staring at a window or wall – ‘Joan of Arc,’ ‘Chelsea Hotel,’ ‘Tower of Song,’ ‘Famous Blue Raincoat,’ ‘Closing Time.’ He was music’s top Jewish Canadian ladies’ man before Drake was born, running for the money and the flesh. Like Bowie and Prince, he tapped into his own realm of spiritual and sexual gnosis, and like them, he went out at the peak of his musical powers. No songwriter ever adapted to old age with more cunning or gusto. Cohen also excelled at interviews, leaving behind a wealth of generous, freewheeling recordings, at least three of which have become fodder for animators. The animation at the top of the page is drawn from Cohen’s 1966 interview with the Canadian Broadcasting Corporation’s Adrienne Clarkson, shortly after the release of his experimental novel, Beautiful Losers. (His debut album was still a year and a half away.) Earlier in the interview, Cohen mentions the ‘happy revolution’ he encountered in Toronto after an extended period on the Greek island of Hydra: I was walking on Yorkville Street and it was jammed with beautiful, beautiful people last night. I thought maybe it could spread to the [other] streets and maybe even … where’s the money district? Bay Street?… I thought maybe they could take that over soon, too. How to tap into the source of all this happiness? The future Zen monk Cohen was pretty convinced it could be located by sitting quietly, though he doesn’t condemn those using drugs or alcohol as an assist, explaining that his fellow Canadian, abstract expressionist Harold Town, ‘gets beautiful under alcohol. I get stupid and generally throw up.’ …”
Open Culture (Video) 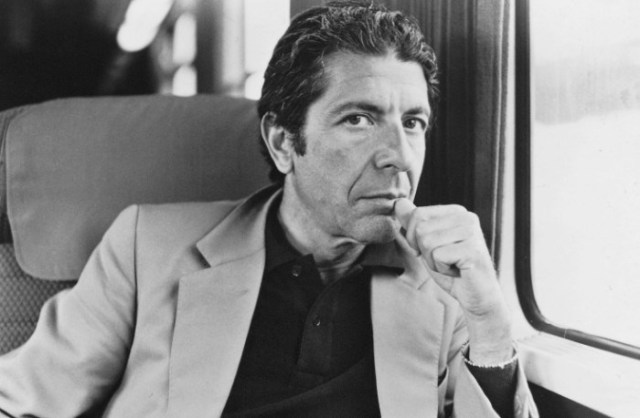