The Belated Celebration of the Kamoinge Workshop 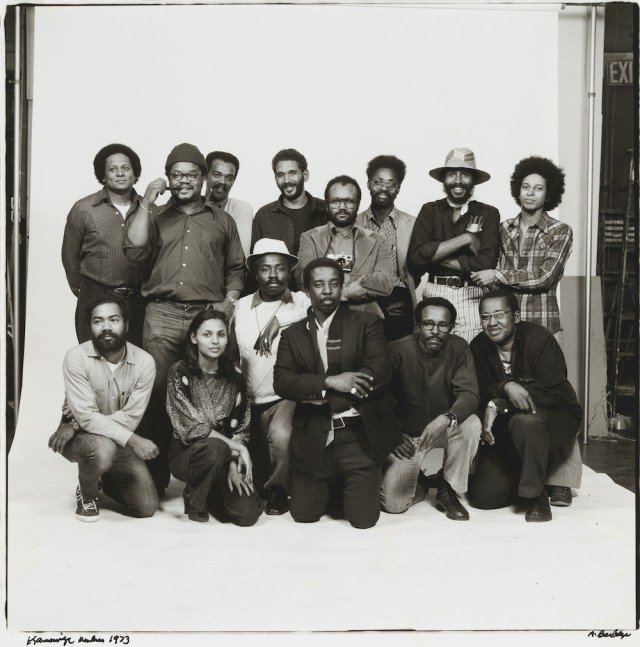 “In 2016, on the occasion of an exhibition of the photographs of Louis Draper at Steven Kasher Gallery, Hyperallergic critic John Yau asked, ‘Does the Museum of Modern Art Even Know about This Great Photographer?’ Apparently, they didn’t. Although Draper, who had died in 2002, was a prominent Black photographer and one-time president of the Kamoinge Workshop, there was little evidence that New York’s august Museum of Modern Art (MoMA) had paid much attention. MoMA’s communications director tersely informed Yau that the museum did, indeed, own photographs by Draper and other members of the Kamoinge Workshop. But they had been consigned to what was unceremoniously called the ‘study collection’—work deemed ‘not appropriate for acquisition to the Collection.’ Much has changed since that time five years ago. But much has not. Going to see the exhibition Working Together: The Photographers of the Kamoinge Workshop at the Whitney Museum of American Art, I was reminded once again of the segregated histories of American cultural institutions, and of the ongoing struggle by people of color and other marginalized communities to achieve visibility and social justice. In recent years, museums have become battlegrounds over political representation and cultural narratives, and none more so than the Whitney. … Given this heated context, it is easy to understand why all-too-white art museums are suddenly scrambling to stage exhibitions by Black artists. Still, whatever the backpedaling cause, it is a revelatory thrill to see a full-scale museum presentation of work by artists associated with the rarely exhibited Kamoinge Workshop, an extraordinary collective of Black New York photographers started in 1963 as an active part of the Civil Right struggle and the emerging Black Arts Movement. The 140 black-and-white photographs shown in Working Together at the Whitney feature a muted, slow-burn politics. The small pictures are quiet, almost meditative, and they deliberately sidestep the confrontational images often associated with Black struggles for political and psychic freedoms. … The Kamoinge Workshop was founded in 1963 by Roy DeCarava, one of the most prominent Black American photographers at the time. He had won a Guggenheim Fellowship in 1952, collaborated with poet Langston Hughes on the much-acclaimed book The Sweet Flypaper of Life in 1955, and was included in the landmark 1955 MoMA exhibition The Family of Man. But he was also not afraid to object to what he regarded as art-world racism. …”
aperture
Whitney – Working Together: The Photographers of the Kamoinge Workshop
The Paris Review: The Power of the Kamoinge Workshop
YouTube: Working Together: Louis Draper and the Kamoinge Workshop