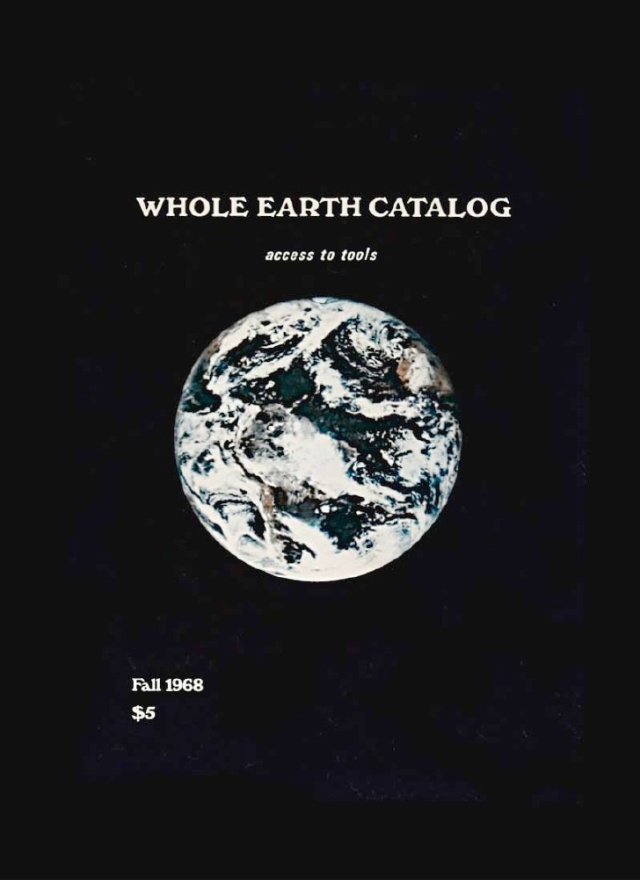 “Bookstore managers didn’t know quite what to make of the oversized 64-page volume that showed up in their stores in the fall of 1968. It was called the ‘Whole Earth Catalog‘ and subtitled ‘Access to Tools.’ For $5, buyers got a hodgepodge of photos, drawings and short written endorsements of books, tools, gadgets and materials, organized into seven sections ranging from ‘Understanding Whole Systems’ and ‘Shelter and Land Use’ to ‘Nomadics’ and ‘Learning.’ With its striking cover photo of the Earth from space, it was unlike anything else in bookstores. But the Catalog touched a nerve. Leafing through took you on a winding path through a very late-’60s hippie, do-it-yourself world. Its busy, cluttered pages offered everything from buckskin, beads and L.L. Bean hunting shoes to kerosene lamps, electronic equipment, freeze-dried foods, a one-man sawmill and plenty of books, on topics such as camping, survival, ‘tantra art,’ creative glass blowing and television production. The Catalog didn’t actually sell anything directly, except subscriptions to future issues — it referred readers to other sources for the goods it displayed. Overnight, the quirky publication exploded as a national bestseller, with its first run expanded from 1,000 copies to ultimately 2 million copies. It won the National Book Award in 1972. The ‘Whole Earth Catalog’ captured the hippie spirit and helped to define a generation of young Americans who, alienated by the Vietnam War and an increasingly materialistic nation that seemed to have lost its soul, were forming a powerful counterculture. Fifty years on, the Catalog still defines the concept of serendipity. With its eclectic collection of wares, it was the link between the old Sears catalog and the modern Amazon online emporium. When Apple co-founder Steve Jobs tried to explain the Catalog to a new generation in a Stanford University commencement address in 2005, he described it as being ‘sort of like Google in paperback form, 35 years before Google came along.’ And yet, despite its rapid and enormous success, the ‘Whole Earth Catalog’ almost never happened. Its Silicon Valley origins were an early embodiment of a philosophy that later powered the Valley’s entrepreneurial explosion: It’s OK — even good — to fail. The Catalog has its own creation tale as told and retold by founder Stewart Brand, then a 29-year-old former paratrooper casting around for something to do after several failed ventures. …”
Alta
New Yorker: The Complicated Legacy of Stewart Brand’s “Whole Earth Catalog”
The Crimson: From the Shelf Whole Earth Catalog available from the Portola Institute, Inc… (Nov. 1969)
Smithsonian: 50 Years Ago, the Whole Earth Catalog Launched and Reinvented the Environmental Movement (Video) 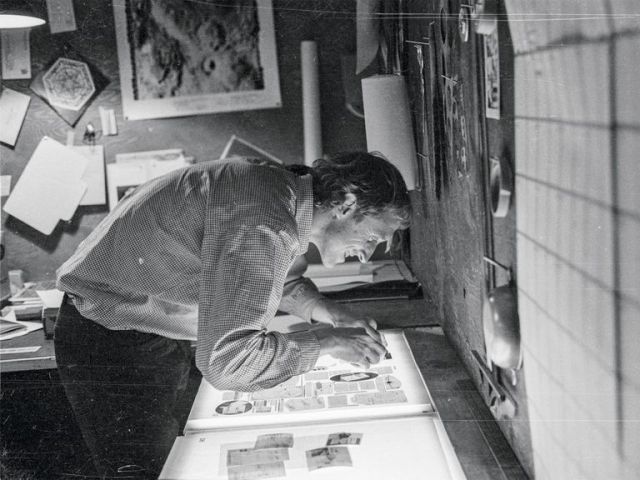 The Whole Earth Catalog was such a publishing phenomenon that it generated several editions. Brand, above, helped to paste up the second edition in 1969.