The Scars of Democracy – Theodor Adorno and the crises of liberalism. 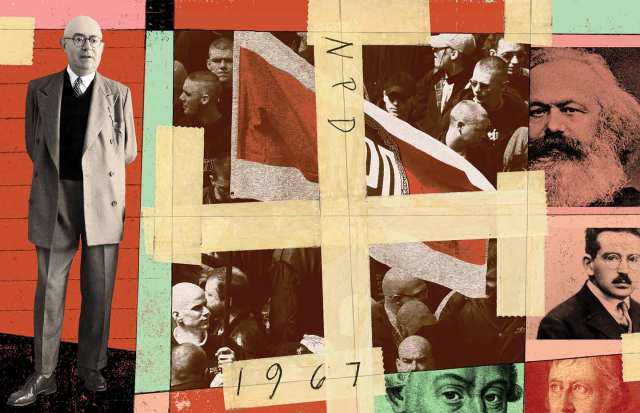 “In April 6, 1967, Theodor W. Adorno accepted an invitation from the Association of Socialist Students at the University of Vienna to deliver a lecture on ‘aspects of the new right-wing extremism.’ The topic held a special urgency: The National Democratic Party, a recently founded neofascist group in West Germany, was surging in popularity and would soon surpass the official 5 percent threshold needed to secure representation in seven of Germany’s 11 regional parliaments. In Europe after World War II, Adorno was highly esteemed not only for his philosophical and cultural writings but also for his analysis of the fascist tendencies that still survived in the so-called liberal democratic orders of the capitalist West, and the students and socialist activists gathered in Vienna were eager to hear his thoughts. The lecture, though brief, addressed the specific instances of a neofascist resurgence in postwar West Germany. And it spoke to the general question of what fascism is and how we should think about challenges to liberal democracy that come from the extreme right. Liberal democracies, Adorno argued, are by their nature fragile; they are riven with contradictions and vulnerable to systemic abuse, and their stated ideals are so frequently violated in practice that they awaken resentment, opposition, and a yearning for extrasystemic solutions. Those who defend democracy must confront the persistent inequalities that breed this resentment and that prevent democracy from becoming what it claims to be. Newly transcribed from a tape recording and now published in an English translation under the title Aspects of the New Right-Wing Extremism, the lecture reminds us of Adorno’s political engagement into the late 1960s. It should also serve as a corrective to the popular misconception of Adorno as a philosopher of unrelieved darkness and negativity who took refuge in what Georg Lukács scornfully described as the ‘Grand Hotel Abyss.’ After his years of exile in the United States and his return to Frankfurt, Adorno dedicated himself not just to philosophy but to the rebuilding of the Federal Republic of Germany as well, and he spoke frequently, in person and on the radio, exhorting his audiences to embrace the democratic ideals of self-criticism, education, and enlightenment. …”
The Nation
W – Theodor W. Adorno
amazon: Aspects of the New Right-Wing Extremism
W – Alt-right 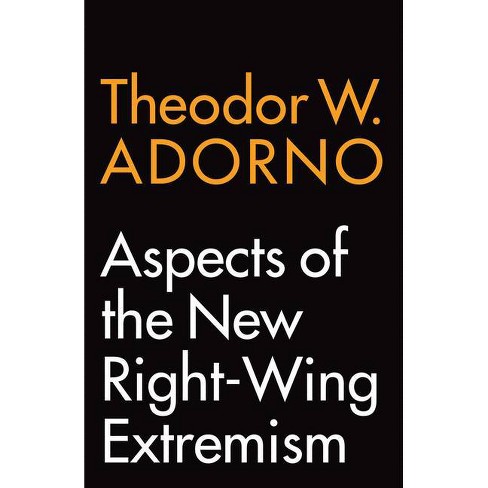