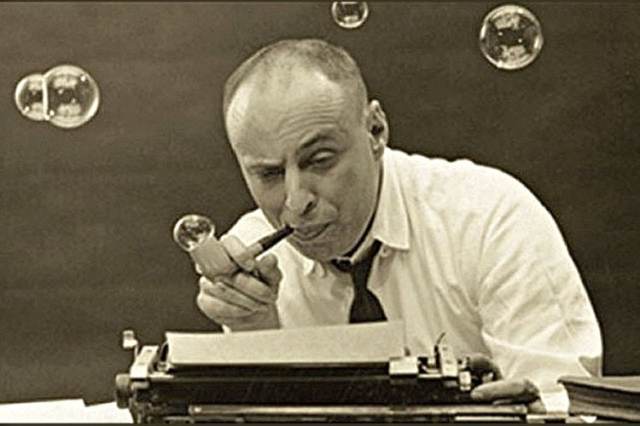 “Harvey Kurtzman (/ˈkɜːrtsmən/; October 3, 1924 – February 21, 1993) was an American cartoonist and editor. His best-known work includes writing and editing the parodic comic book Mad from 1952 until 1956, and illustrating the Little Annie Fanny strips in Playboy from 1962 until 1988. His work is noted for its satire and parody of popular culture, social critique, and attention to detail. Kurtzman’s working method has been likened to that of an auteur, and he expected those who illustrated his stories to follow his layouts strictly. Kurtzman began to work on the New Trend line of comic books at EC Comics in 1950. He wrote and edited the Two-Fisted Tales and Frontline Combat war comic books, where he also drew many of the carefully researched stories, before he created his most-remembered comic book, Mad, in 1952. Kurtzman scripted the stories and had them drawn by top EC cartoonists, most frequently Will Elder, Wally Wood, and Jack Davis; the early Mad was noted for its social critique and parodies of pop culture. The comic book switched to a magazine format in 1955, and Kurtzman left it in 1956 over a dispute with EC’s owner William Gaines over financial control. Following his departure, he did a variety of cartooning work, including editing the short-lived Trump and the self-published Humbug. In 1959, he produced the first book-length work of original comics, the adult-oriented, satirical Jungle Book. He edited the low-budget Help! from 1960 to 1965, a humor magazine which featured work by future Monty Python member and film director Terry Gilliam and the earliest work of underground cartoonists such as Robert Crumb and Gilbert Shelton. He brought Help! to an end after the success of the risqué Playboy feature Little Annie Fanny began to take up his time. While Annie Fanny provided much of his income for the rest of his career, he continued to produce an eclectic body of work, including screenwriting the animated Mad Monster Party? in 1967 and directing, writing and designing several shorts for Sesame Street in 1969. From 1973, Kurtzman taught cartooning at the School of Visual Arts in New York. …”
Wikipedia
Harvey Kurtzman: Mid-century’s Mad Man of Comic Book Art Direction
The Atlantic: The Man Who Changed Humor in America Forever
YouTube: Harvey Kurtzman’s Visual History of Comics. From AARGH! to ZAP! 23:18 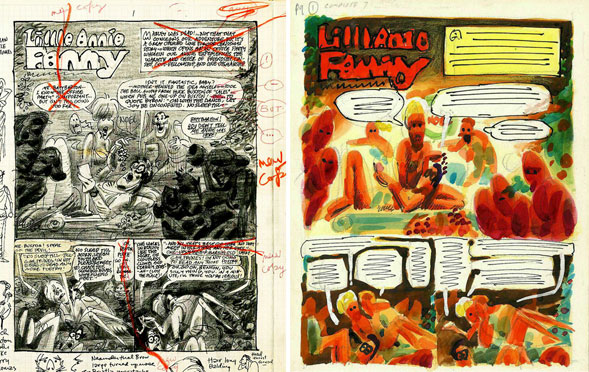