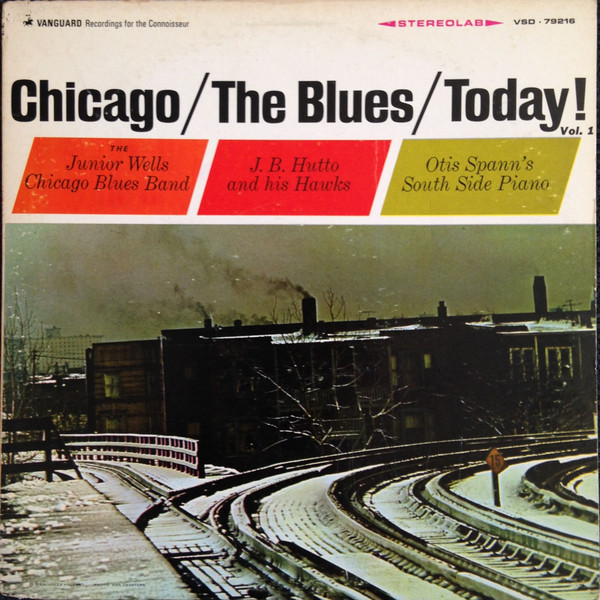 “In early 1966, blues history was made with the issuance of a three-volume set of new recordings produced by blues historian Samuel Charters. This series was known as Chicago/The Blues/Today! and the release sent shock waves through the world of rock & roll. Every artist on the three volumes had recorded before (some, like Otis Rush and Junior Wells, had actually seen small hits on the R&B charts), but these recordings were largely their introduction to a newer — and predominately white — album-oriented audience. The ‘Today!’ part of the title was no bit of hyperbole, either. This series accurately portrayed a vast cross section of the Chicago blues scene as one could hear it on any given night in the mid-’60s. Rather than record full albums (which Charters had neither the budget nor the legal resources to pull off), each artist simply came in for a union-approved session of four to six songs, with each volume featuring three different groupings. With these recordings, blues suddenly gained respectability as something much more vital and vibrant than just a poor cousin of jazz. A new market for this music began, one that exists today in full blossom. Their effect on musicians was enormous. It’s fair to assume that most blues-influenced artists had all three volumes in their respective collections, and the songs on them ended up in the repertoires of everyone from Jimi Hendrix (Junior Wells’ ‘Rock Me’) to Led Zeppelin (a note-for-note copy of Otis Rush’s ‘I Can’t Quit You Baby’) to Steppenwolf (Junior Wells’ ‘Messin’ with the Kid’) and beyond. These recordings have stayed in print and have been reasonably good sellers over the years since their original release, all coming out on compact disc. This packaging puts all three volumes together, but with no bonus tracks, as no extras were recorded for these sessions. …”
elusive disc
W – Chicago/The Blues/Today!
Discogs (Video)
amazon
YouTube: Chicago / The Blues / Today! 14 videos, Chicago / The Blues / Today! 13 videos 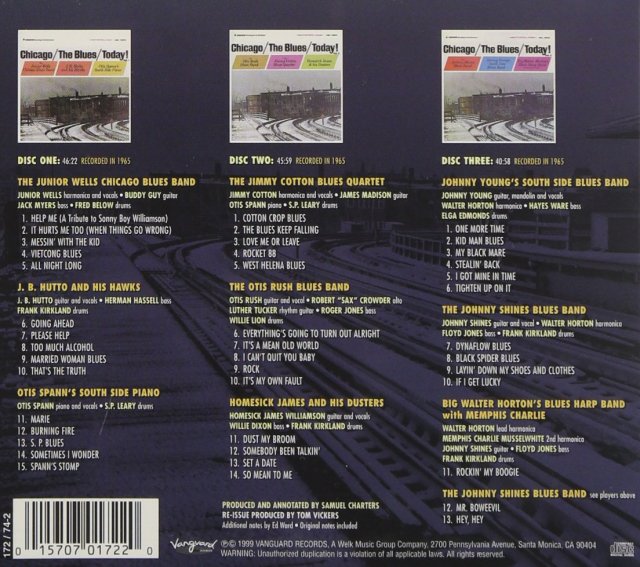