“Death of a Naturalist (1966) is a collection of poems written by Seamus Heaney, who received the 1995 Nobel Prize in Literature. The collection was Heaney’s first major published volume, and includes ideas that he had presented at meetings of The Belfast Group. Death of a Naturalist won the Cholmondeley Award, the Gregory Award, the Somerset Maugham Award, and the Geoffrey Faber Memorial Prize. The work consists of 34 short poems and is largely concerned with childhood experiences and the formulation of adult identities, family relationships, and rural life. The collection begins with one of Heaney’s best-known poems, ‘Digging’, and includes the acclaimed ‘Death of a Naturalist’ and ‘Mid-Term Break’. ‘Death of a Naturalist’, the collection’s second poem, details the exploits of a young boy collecting frogspawn from a flax-dam. The narrator remembers everything he saw and felt at those times. He then remembers his teacher telling him all about frogs in a section that speaks volumes about childhood innocence. Finally, we hear about a trip to the flax-dam that went wrong. He feels threatened by the frogs and flees. His interest in nature has gone – this is the death of a ‘naturalist’ suggested in the poem’s title. The poem makes extensive use of onomatopoeia and a simile that compares the behaviour of the amphibians to warfare (‘Some sat poised like mud grenades’) amongst other techniques. ‘Mid-Term Break’ is a reflection on the death of Heaney’s younger brother, Christopher, while Heaney was at school. He describes his parents’ different ways of displaying grief, visitors paying their respects, and his encounter of his brother’s corpse in its coffin the next morning. The poem focuses on concrete particulars of Heaney’s experience and ‘captures a boy’s unfolding consciousness of death.’ The final line (‘A four foot box, a foot for every year.’) emphasizes death’s finality. ‘Digging’ is one of Heaney’s most-read poems.[2] It addresses themes of time and history and the cyclical nature of the two through the narrators characterization of his father digging in the bog on their family farm. He admires his father’s skill and relationship to the spade, but states that he will dig with his pen instead. This is significant as it demonstrates Heaney’s ownership of his occupation as a poet and names his pen as his primary and most powerful tool. While excavating the mental bog of his mind by writing, Heaney believes he can gain a better understanding of the history living in the land around him, and a better understanding of himself. …”
Wikipedia
How I learned to love Seamus Heaney’s poetry
Seamus Heaney – the death of a naturalist
Poetry Foundation: Death of a Naturalist, YouTube: Death of a Naturalist
amazon 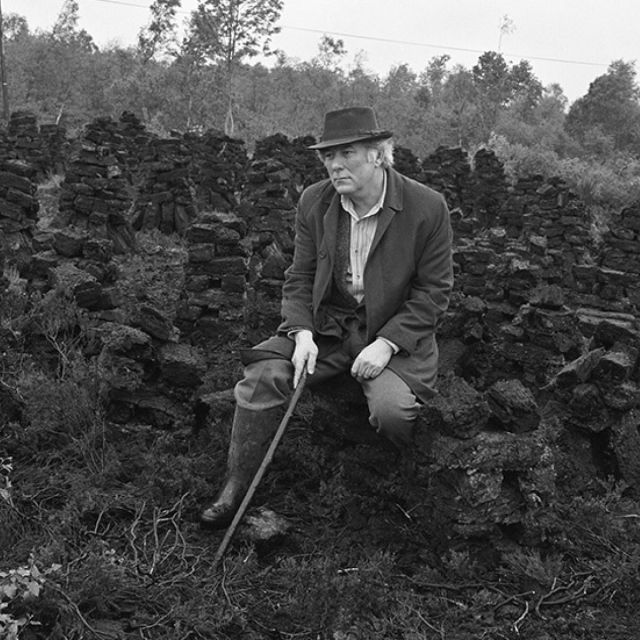