Growing Up Inside a John Updike Novel 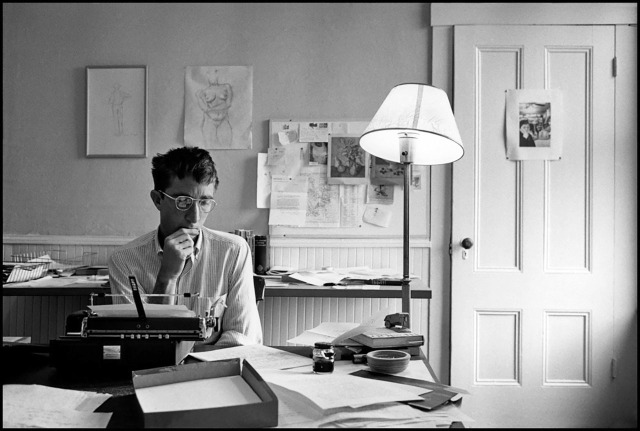 “As long as I can remember, I have loved boats and words. When I was about two years old, I was with my parents and three siblings in an eatery in Essex, Massachusetts. It was named ‘The Village Restaurant,’ but by my mother still called it ‘Wimpy’s,’ its previous name. I once was told that the restaurant was started by a woman who had sometimes cooked for my politician grandfather’s dinner parties, and partly with money he lent her. I still remember her mashed potatoes, which in retrospect must have had a very large quotient of butter and cream. At the restaurant I looked out the big window at the Essex River boatyard across the road and down a slope. It is now a museum of shipbuilding. I pointed and, for the first time in my life, spoke. It was sometime in 1957, about the time that John Updike was moving into a small house a few miles to the north of Essex. ‘Boat,’ I announced. It was my first word. Essex was part of Boston’s north shore that the new Rte. 128, the nation’s first ‘beltway,’ had six years earlier put in easy commuting distance of Boston. These new and unsettled suburbs, layered over old Puritan towns, provided the setting of Updike’s novel Couples. There are just a few books I have read three times (Robert Graves’ Good-Bye to All That comes to mind, along with Shakespeare’s tragedies, but not much else), but Couples is one of them. Updike has been criticized as a stylish miniaturist, but I think that in that novel about a group of young married couples in the early 1960s he captured the feel of the transition from the Eisenhower era into the Kennedy years and the cusp of the 1960s. The adults think they are so suave yet are painfully innocent about life and its costs. It was only recently, when reading Adam Begley’s biography of Updike, that I realized how much Updike and I breathed the same disconcerted air in those years. My father, the son of a Wyoming cowhand, had been catapulted upward by the GI Bill, and had begun teaching at Harvard about the time Updike was an undergraduate there. Updike began work at the New Yorker a few weeks before I was born. …”
LitHub
Four books—and a flawed Everyman—that made John Updike’s name as a novelist
TLS: Giving him his due