“The death of SDS” by Mark Rudd 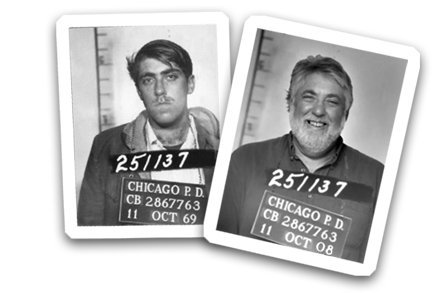 “It’s probably not a great idea to pursue an hallucination all the way to the end. Most likely the results will not be what you thought they would be, but 35 years ago we weren’t playing the probabilities. There was this beautiful hallucination back then, roughly 1967-1970, that the world was about to be remade; that this monster of militarism and injustice was about to fall; that young people in this country would join with people all over the world to end imperialism and make a new world. I get shivers just writing these words. Students for a Democratic Society had been growing almost effortlessly since 1965 when the U.S. attacked Vietnam with ground troops. By 1968 there were over 300 autonomous chapters on college campuses, high schools, and even post-college; the number of active members may have been more than 100,000 (though dues-paying national membership was much smaller). Our official uniting slogan was the ambiguous ‘Let the people decide!’ but most SDS’ers considered the organization ‘radical’ in the sense that we wanted to get to the roots of the problems of war, racism, poverty, that is, we opposed capitalism. Our 1962 founding document, ‘Port Huron Statement,’ was radical for its time in rejecting the cold-war and the anti-communism which propped it up, though its solution was to create a left-wing of the Democratic Party. By 1968 most SDS’ers had rejected party politics and the liberals that gave us the war and perpetuated racism in this country. We were moving to the left ‘from reform to revolution.’ … But where to go? How to get there? Could students make a revolution alone? Was there some useful theory of revolution? How would revolution happen? We needed ideas and a plan, but even more, we needed a framework for thinking about the world and social change, we needed an ideology. Marxism had already given us what appeared to be an extremely useful analysis of the war, racism, and the class structure in this country. The war was part of the grand scheme for global domination that the U.S. had been implementing since the end of World War II. U.S. imperialism needed labor and markets and natural resources (such as oil) and military bases with which to impose its rule. Opposing it were national liberation movements such as Vietnam’s and Cuba’s which were strong enough to not only challenge U.S. control but also to actually achieve liberation and revolution. …”
Mark Rudd