“Stranger in a Strange Land is a 1961 science fiction novel by American author Robert A. Heinlein. It tells the story of Valentine Michael Smith, a human who comes to Earth in early adulthood after being born on the planet Mars and raised by Martians, and explores his interaction with and eventual transformation of Terran culture. The title ‘Stranger in a Strange Land’ is a direct quotation from the King James Bible (taken from Exodus 2:22). The working title for the book was ‘A Martian Named Smith’, which was also the name of the screenplay started by a character at the end of the novel. … The story focuses on a human raised on Mars and his adaptation to and understanding of humans and their culture. It is set in a post-Third World War United States, where organized religions are politically powerful. There is a World Federation of Free Nations, including the demilitarized US, with a world government supported by Special Service troops. Prior to WWIII the manned spacecraft Envoy is launched towards Mars, but all contact is lost shortly before landing. Twenty-five years later, the spacecraft Champion makes contact with the inhabitants of Mars and finds a single survivor, Valentine Michael Smith. Born on the Envoy, he was raised entirely by the Martians. He is ordered by them to accompany the returning expedition. Because Smith is unaccustomed to the conditions on Earth, he is confined at Bethesda Hospital, where, having never seen a human female, he is attended by male staff only. Seeing that restriction as a challenge, Nurse Gillian Boardman eludes the guards and goes in to see Smith. … Heinlein’s deliberately provocative book generated considerable controversy. The free love and commune living aspects of the Church of All Worlds led to the book’s exclusion from school reading lists. After it was rumored to be associated with Charles Manson, it was removed from school libraries as well. Writing in The New York Times, Orville Prescott received the novel caustically, describing it as a ‘disastrous mishmash of science fiction, laborious humor, dreary social satire and cheap eroticism’; he characterized Stranger in a Strange Land as ‘puerile and ludicrous’, saying ‘when a non-stop orgy is combined with a lot of preposterous chatter, it becomes unendurable, an affront to the patience and intelligence of readers’. …”
Wikipedia
W – GroK, W – Church of All Worlds
The Intellectual Martian Society of “Stranger in a Strange Land” by Robert Heinlein
amazon 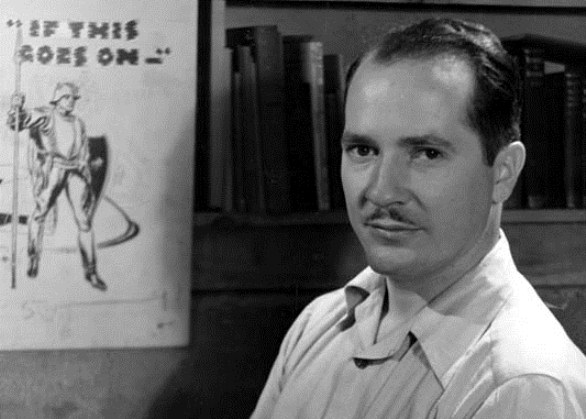