“Against Interpretation is a collection of essays by Susan Sontag published in 1966. It includes some of Sontag’s best-known works, including ‘On Style,’ and the eponymous essay ‘Against Interpretation.’ In the latter, Sontag argues that in the new approach to aesthetics the spiritual importance of art is being replaced by the emphasis on the intellect. Rather than recognizing great creative works as possible sources of energy, she argues, contemporary critics were all too often taking art’s transcendental power for granted, and focusing instead on their own intellectually constructed abstractions like ‘form’ and ‘content.’ In effect, she wrote, interpretation had become ‘the intellect’s revenge upon art.’ The essay famously finishes with the words, ‘in place of a hermeneutics we need an erotics of art’. The book was a finalist for the Arts and Letters category of the National Book Award. ‘Against Interpretation’ is Sontag’s influential essay within Against Interpretation and Other Essays that discusses the divisions between two different kinds of art criticism and theory: that of formalist interpretation, and that of content-based interpretation. Sontag is strongly averse to what she considers to be contemporary interpretation, that is, an overabundance of importance placed upon the content or meaning of an artwork rather than being keenly alert to the sensuous aspects of a given work and developing a descriptive vocabulary for how it appears and how it does whatever it does. She believes that interpretation of the modern style has a particular ‘taming’ effect: reducing the freedom of a subjective response and placing limitations or certain rules upon a responder. The modern style of interpretation is particularly despised by Sontag in relation to the previous classical style of interpretation that sought to ‘bring artworks up to date’, to meet modern interests and apply allegorical readings. … Brandon Robshaw of The Independent later observed, ‘This classic collection of essays and criticism from the 1960s flatters the reader’s intelligence without being intimidating.’ He added, ‘…the essays are unfailingly stimulating. Though they bear the stamp of their time, Sontag was remarkably prescient; her project of analysing popular culture as well as high culture, the Doors as well as Dostoevsky, is now common practice throughout the educated world. And the artists and intellectuals she discusses – Nietzsche, Camus, Godard, Barthes etc – demonstrate that she knew which horses to back.’ …”
Wikipedia
NY Times: How Susan Sontag Taught Me to Think – A.O. Scott
[PDF] Academia: Against Interpretation
amazon 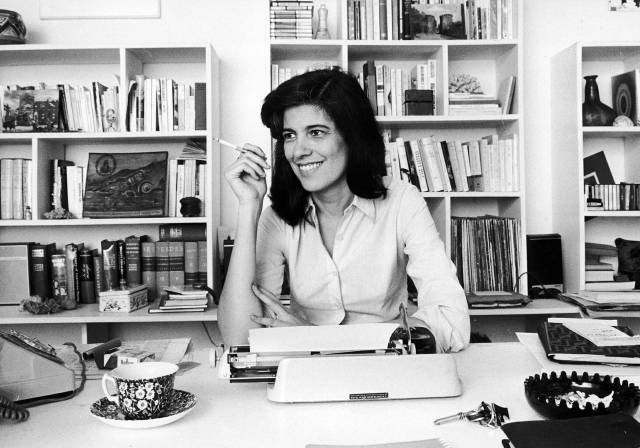