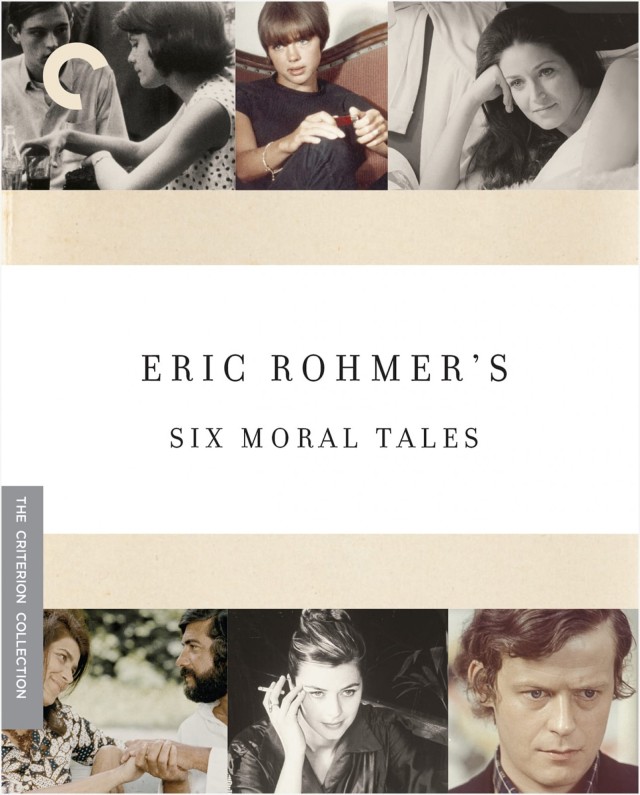 “At’s a mistake to privilege any one of Eric Rohmer’s ‘Six Moral Tales’ over another, though the temptation exists and is easily indulged, especially if one takes the disparate, yet complementary, viewpoints of this inimitable set of films as entirely representative of its creator’s own personal principles. Strange that auteurism should fail us so completely in the case of one of its founding practitioners, but Rohmer was always an odd man out among his contemporaries, if not in the remove of years (he was a decade older than most of his Nouvelle Vague brethren), then in the deceptive placidity of his art. His revolutions, in other words, were quiet ones, couched in a perpetual remove and observation. Rohmer’s greatest popular success, 1969’s My Night at Maud’s, is frequently misremembered as a nonstop talkfest, as it begins with extended passages of an unnamed Catholic engineer (Jean-Louis Trintignant) silently trailing a woman (Marie-Christine Barrault) who will, by film’s end, become his wife. The devoted Catholic’s brief flirtation with the fetching divorcée Maud (Francoise Fabian) brings about his ultimate ‘moral’ choice, a fascinating psychological mishmash of Catholic liturgy, Pascalian hypothesis, and Hitchcockian blonde/brunette dichotomy that’s all too often mistaken—at least in the West—for Rohmer’s own worldview. … At the heart of this misreading is the word “moral” itself, which is typically defined in collective terms: the conscientious needs of the society at large trumping the various bodies that make it up. These films are more concerned with individual moral codes and how they play off of each other within a given situation, and though the films share a basic narrative structure (a man in love with one woman is tempted by a second, only to return to the first), it’s the specific milieu and, resultantly, the characters who inhabit that space which determine the ultimate outcome. Rohmer puts his trust—his faith—in a sense of place: The bustling Parisian side streets of The Bakery Girl of Monceau and Suzanne’s Career beget the stark Catholic trappings of My Night at Maud’s, which lead to the dandified color palette of La Collectionneuse, the deceivingly nostalgic summertime glow of Claire’s Knee, and the theremin-scored, post-1960s fatigue of Love in the Afternoon. …”
Slant – Blu-ray Review: Eric Rohmer’s Six Moral Tales on the Criterion Collection
Roger EbertCriterion Releases Wonderful Box Set of Eric Rohmer’s Six Moral Tales
amazon
YouTube: AFS Presents: Eric Rohmer’s Moral Tales, Series