The Price of Peace Is Confusion – Renata Adler 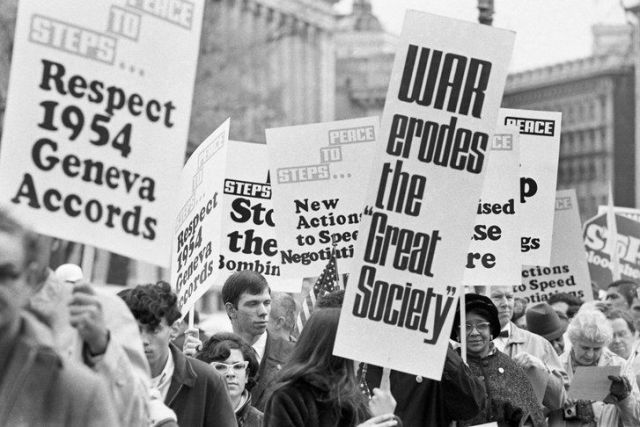 December 4, 1965: “At almost every major university in the country, mimeograph machines operate by night in cluttered student apartments, coffeehouses are filled by day with animated political debate, an outdoor platform is occupied nearly every afternoon by speakers deploring some aspect of American foreign policy, and students rush home each evening to pore over copies of the Times, Le Monde, and the Congressional Record as if they contained reviews of a production in which the students themselves were playing a major part. The source of this activity is a student protest movement that offers, as the students are fond of saying, ‘not an ideology but a rallying cry.’ And the cry itself is vague and changeable enough to reflect a curious fact about America in the sixties: there are very few revolutionary positions that the Establishment does not already, at least nominally, occupy. Students who are revolutionary in spirit, however, after protesting a bit for mere protest’s sake, have come up with real social criticism in three phases: the Free Speech Movement, which began as an attack upon the bureaucracy of the large university and turned into a protest against the impersonality of all institutions that, like the government welfare program, have lost contact with the people and values they were designed to serve; the Civil Rights Movement, which began as a campaign for Negro rights and turned into a campaign for eliminating local pockets of poverty; and the Peace Movement, which has begun as a protest against American military involvement in Vietnam and is turning into an attempt to influence all of foreign policy. On many campuses, all factions of the peace movement are united in an Independent Committee to End the War in Vietnam—a frail, tangled coalition of forces and personalities that includes groups ranging from religious pacifists to militant supporters of the Vietcong; sociological types ranging from children of left-wingers of the thirties to what one student called ‘some of your preppier New Englanders, who are in it for moral reasons;’ a few students who simply hope to evade the draft; a few representatives of national, local, and ad-hoc committees; a few hard-line members of the Young Socialist Alliance (Y.S.A.), who are commonly referred to as Trotskyists and are known within the movement, familiarly, as the ‘Trots;’ and a new breed of lonely hangers-on and demonstration enthusiasts who might be described as Sunday Outing Radicals. …”
New Yorker
Interview 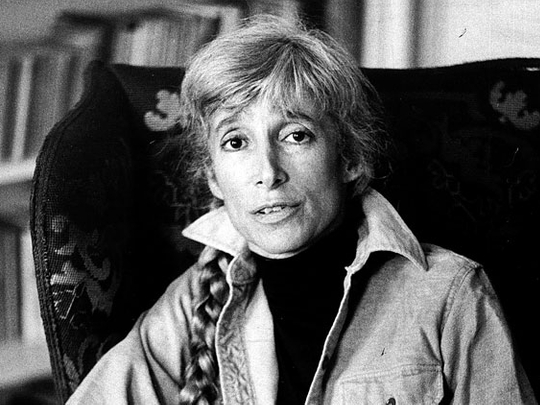