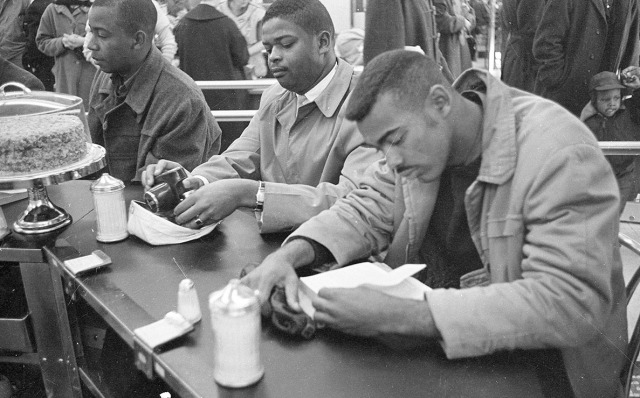 Student sit-in at Woolworth in Durham, North Carolina on February 10, 1960.

“The sit-in movement, or student sit-in movement, was a wave of sit-ins that followed the Greensboro sit-ins on February 1, 1960 in North Carolina. The sit-in movement employed the tactic of nonviolent direct action and was a pivotal event during the Civil Rights Movement. African-American college students attending Historically Black Colleges and Universities in the United States powered the sit-in movement across the country. Many students across the country followed by example, as sit-ins provided a powerful tool for students to use to attract attention. The students of Baltimore made use of this in 1960 where many used the efforts to desegregate department store restaurants, which proved to be successful lasting about three weeks. This was one small role Baltimore played in the civil rights movement of the 1960s. The city facilitated social movements across the country as it saw bus and taxi companies hiring African-Americans in 1951–1952. Morgan State College students saw the success of the sit-ins in Greensboro, North Carolina, and wanted to utilize this tactic in the department store restaurants. There were massive amounts of support from the community for the students’ efforts, but more importantly, white involvement and support grew in favor of desegregation of department store restaurants. List of sit-ins. …”
Wikipedia
Civil Rights Movement Photographs – The Sit-Ins — Off Campus and Into Movement
60 Years Ago: Students launched sit-in movement
YouTube: Sit-in Movement 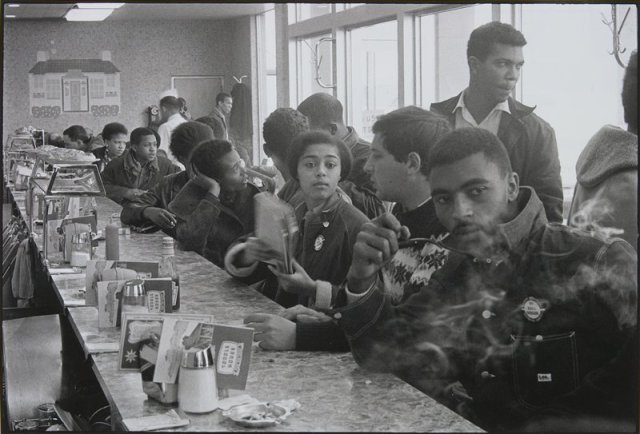