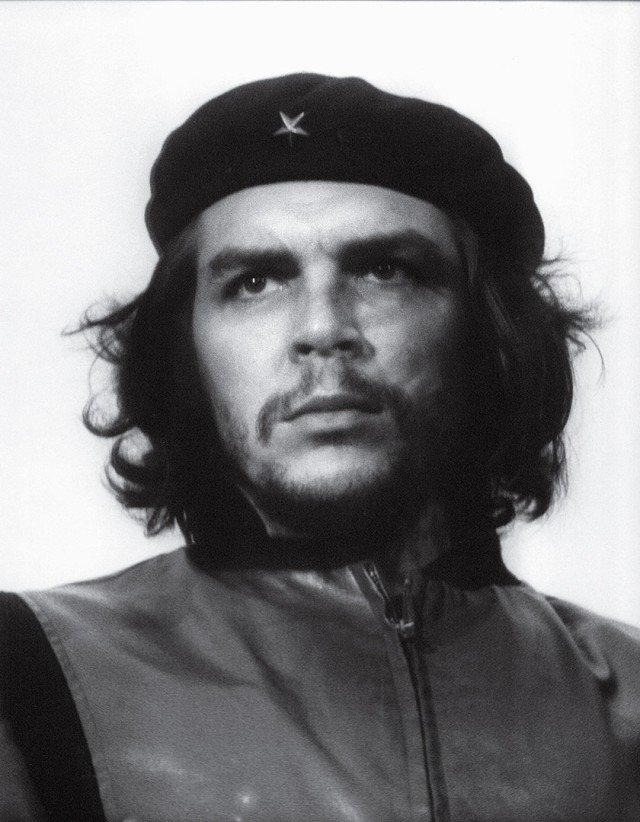 “Guerrillero Heroico (English: ‘Heroic Guerrilla Fighter’) is an iconic photograph of Marxist revolutionary Che Guevara taken by Alberto Korda. It was captured on March 5, 1960, in Havana, Cuba, at a memorial service for victims of the La Coubre explosion. By the end of the 1960s, the image, in conjunction with Guevara’s subsequent actions and eventual execution, helped solidify the charismatic and controversial leader as a cultural icon. Korda has said that at the moment he shot the picture, he was drawn to Guevara’s facial expression, which showed ‘absolute implacability’ as well as anger and pain. Years later, Korda would say that the photograph showed Che’s firm and stoic character. Guevara was 31 years old at the time the photograph was taken. Emphasizing the image’s ubiquitous nature and wide appeal, the Maryland Institute College of Art called the picture a symbol of the 20th century and the world’s most famous photograph. Versions of it have been painted, printed, digitized, embroidered, tattooed, silk-screened, sculpted or sketched on nearly every surface imaginable, leading the Victoria and Albert Museum to say that the photograph has been reproduced more than any other image in photography.  … As pop artists took to the image with glee, it evolved into a popular and heavily commercialized icon that often strayed far from Che’s hard-line Marxist message. British pop artist Sir Peter Blake has referred to Guerrillero Heroico as ‘one of the great icons of the 20th century.’ When converted into a stark black cut-out, Korda’s photograph became easy, cheap, and fast to copy using the favored material and method of the 1960s: lith film and screen painting. By the time of his death in 1967, Che was already ‘a legend, the romantic epitome of worldwide rebellion’ and in the wake of his perceived martyrdom, Korda’s photograph went viral. Rebellious young people found in it a ‘sense of empowerment, a crystallization of the perennial idealism of youth.’ According to the V&A Museum, ‘the photograph enshrines Che as a mythic hero. Taken from below, the revolutionary leader with searching eyes and resolute expression becomes larger than life. A perspective that dominates the imagery of social realism, it bears an irresistible aura of authority, independence and defiance.’ The V&A Museum goes on to state that Korda’s famous photograph first deified Che and turned him into an icon of radical chic. Its story, a complex mesh of conflicting narratives, gave Guerrillero Heroico a life of its own, an enduring fascination independent of Che himself. …”
Wikipedia
W – Che Guevara in popular culture
Portrait of Che Guevara by Alberto Korda (Video) 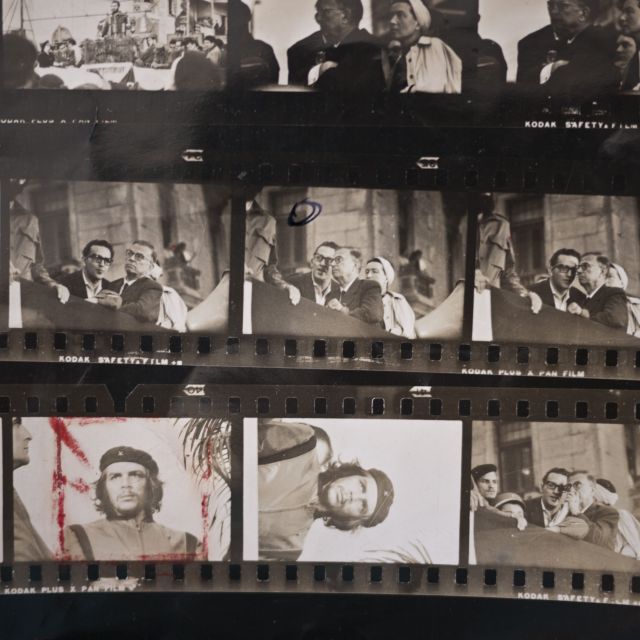