“Fingertips” is a 1963 hit single recorded live by ‘Little’ Stevie Wonder for Motown‘s then Tamla label. Wonder’s first hit single, ‘Fingertips’ was the first live, non-studio recording to reach No.1 on the Billboard Pop Singles chart in the United States since Johnny Standley‘s 1952 comic monologue ‘It’s in the Book’. Written and composed by Wonder’s mentors, Clarence Paul and Henry Cosby, “Fingertips” was originally a jazz instrumental recorded for Wonder’s first studio album, The Jazz Soul of Little Stevie. The live version of the song was recorded in June 1962 during a Motortown Revue performance at the Regal Theater in Chicago, Illinois. Containing only a few stanzas of improvised lyrics, ‘Fingertips’ is essentially an instrumental piece, meant to showcase Wonder’s talents on the bongos and the harmonica. The edit point that begins ‘Part 2’ of ‘Fingertips’ is when Wonder shouts ‘Everybody say ‘yeah!”, initiating a call and response exchange with the audience. After a couple of sung verses, each followed by Wonder’s brief harmonica playing (solos accompanied only by the audience’s rhythmic clapping), Wonder appears to bring things to a conclusion. On the night of the recording, Wonder, as usual started to leave the stage and the band went into the exit music, as comedian Bill Murray (known professionally as Winehead Willie)[2] exhorted the crowd to ‘give him a hand’; however, Stevie unexpectedly changed his mind, returning to sing the ‘goodbye’ encore. The other musicians were caught out, and the bass players had changed over to prepare for the next act on the bill, usually slated as The Marvelettes. As Wonder moves into his impromptu encore, the new bass player, Joe Swift, having replaced Larry Moses, can be heard on the recording, yelling out, ‘What key? What key?’ The live version of ‘Fingertips’ was released on May 21, 1963 as a two-part single, with Part 2 (with the encore) as the B-side. The 707 mono features ‘Sunset’ and ‘Contract on Love’. By August, the single B-side had reached the top of both the Billboard Pop Singles and R&B Singles charts. …”
Wikipedia
YouTube: Little Stevie Wonder – Fingertips. (Part 2) 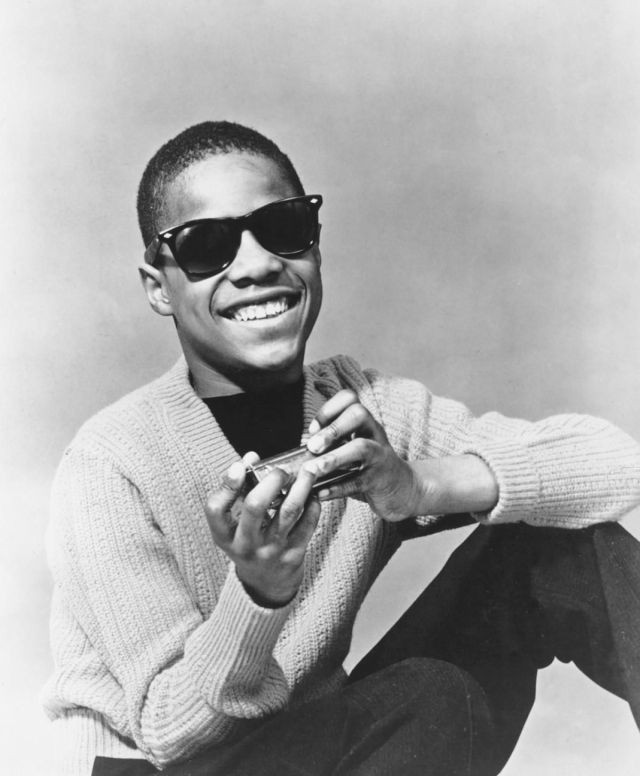