“In 1956, the Pop artist Ed Ruscha left Oklahoma City for Los Angeles. ‘I could see I was just born for the job’ of an artist, he would later say, ‘born to watch paint dry.’ The comment encapsulates Ruscha’s ironic use of cliché as a centerpiece of his work. He called himself an ‘abstract artist… who deals with subject matter.’ Much of his subject matter has been commonplace words and phrases—decontextualized and foregrounded in paintings and prints made with careful deliberation, against the trend toward Abstract Expressionism and its gestural freedom. Another of Ruscha’s subjects comes with somewhat less conceptual baggage. His photographic books capture mid-century America gas stations and the city he has called home for over 50 years. In his 1966 book, Every Building on the Sunset Strip, Ruscha ‘photographed both sides of Sunset Boulevard from the back of a pickup truck,’ writes filmmaker Matthew Miller. ‘He stitched the photos together to make one long book that folded out to 27 feet. That project turned into his larger Streets of Los Angeles series, which spanned decades.’ Miller, inspired by work he did on a 2017 short film called Ed Ruscha: Buildings and Words, decided to bring together two of Ruscha’s longstanding inspirations: the city of L.A. and Jack Kerouac’s On the Road, which Kerouac supposedly wrote as a continuous 120-foot long scroll—a format, Miller noticed, much like Every Building on the Sunset Strip. (Ruscha made his own artist’s book version of On the Road in 2009). Miller and editor Sean Leonard cut Ruscha’s photographs together in the montage you see above, commissioned by the Getty Museum, while Ruscha himself read selections from the Kerouac classic: The connection between their style and their use of language feels really strong, but at the end of the day, I simply thought it’d be great to hear Ed Ruscha read On the Road. Something about Ed’s voice just feels right. Something about his work just feels right. It’s like the images, the words, and the forms he makes were always meant to be together. Miller describes the painstaking process of selecting the photos and ‘constructing a mini narrative that evoked Ed’s sensibilities’ at Vimeo. The artist’s ‘perspective seemed to speak to the signage and architecture of the city, while Kerouac’s voice felt like it was pulling in all the lively characters of the street.’ It’s easy to see why Ruscha would be so drawn to Kerouac. …”
Open Curture (Video)
vimeo: Staff Pick Premiere: A Getty-commissioned short by Matthew Miller (Video)
Ruscha’s “Every Building on the Sunset Strip”: Plotting a motorized city, paper route style
W – Ed Ruscha 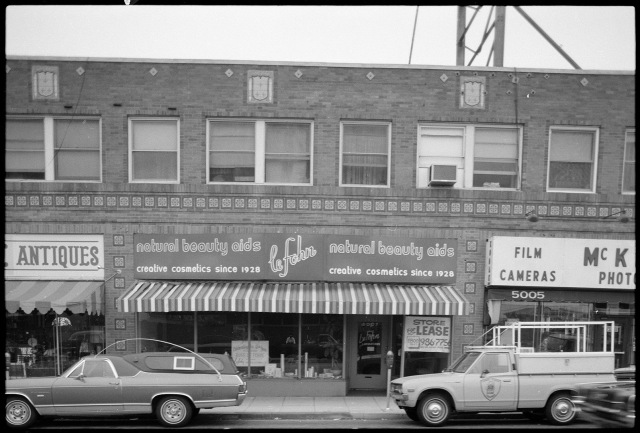