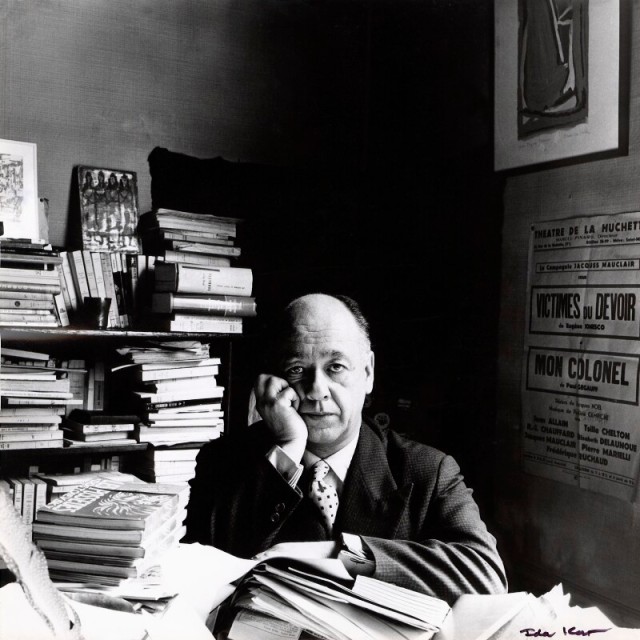 “Eugene Ionesco, whose wildly innovative plays, among them ‘Rhinoceros,’ ‘The Bald Soprano’ and ‘The Chairs,’ overturned conventions of contemporary theater and had a profound effect on a new generation of playwrights, died yesterday in Paris, where he lived. He was 84. His death was announced by the French Cultural Ministry. The cause was not reported. Mr. Ionesco’s “anti-plays” satirized modern society while discovering new uses of language and theatrical techniques. Inspired by silent film clowns and vaudeville, he was a playful playwright, clownish in his own personality as well as in his work onstage. With outrageous comedy, he attacked the most serious subjects: blind conformity and totalitarianism, despair and death. Repeatedly he challenged — and accosted — the audience and his critics. As he said, ‘The human drama is as absurd as it is painful.’ Preserver and Iconoclast. Along with Samuel Beckett and Jean Genet, he was one of a trinity of pioneering experimental playwrights who lived and worked in Paris. Although there were thematic bridges among the three, Mr. Ionesco’s distinction was in his fanciful surrealism and sense of Dada. Among the playwrights he influenced were Tom Stoppard, Fernando Arrabal, Edward Albee, Tina Howe and Christopher Durang. Mr. Ionesco was among the playwrights often grouped as practitioners of the Theater of the Absurd. He objected to the label, preferring, he said, the Theater of Derision. In his work, he turned drawing-room comedy on its head (‘The Bald Soprano’), had a stage filled with empty chairs (‘The Chairs’) and transformed man into beast (‘Rhinoceros’). Although his playwriting career did not begin until he was 40, he wrote 28 plays as well as several books of memoirs. The plays have been performed around the world in various languages, although in recent years his work has been neglected in the United States. Throughout his career, he was an imaginative iconoclast who could create the most bizarre imagery. ‘Rhinoceros,’ in its 1961 Broadway production, proved to be his breakthrough play, enriched by Zero Mostel’s virtuosic performance, in which he transmogrified himself from man to rhinoceros without altering his makeup or costume. Roaring, bellowing, hilarious Mostel put the playwright on the international theatrical map, and “Rhinoceros” ran for 241 performances. But the play was only one of many that insured Mr. Ionesco’s stature. …”
NY Times: Eugene Ionesco Is Dead at 84; Stage’s Master of Surrealism (March 1994)
W – Eugene Ionesco
Analysis of Eugene Ionescos Plays
A Conversation With Eugene Ionesco
amazon: Eugene Ionesco 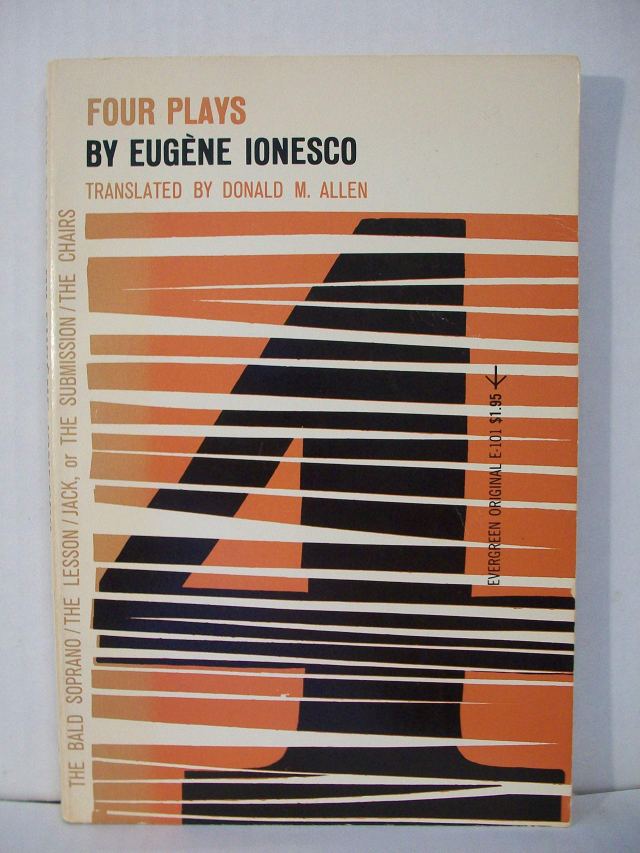