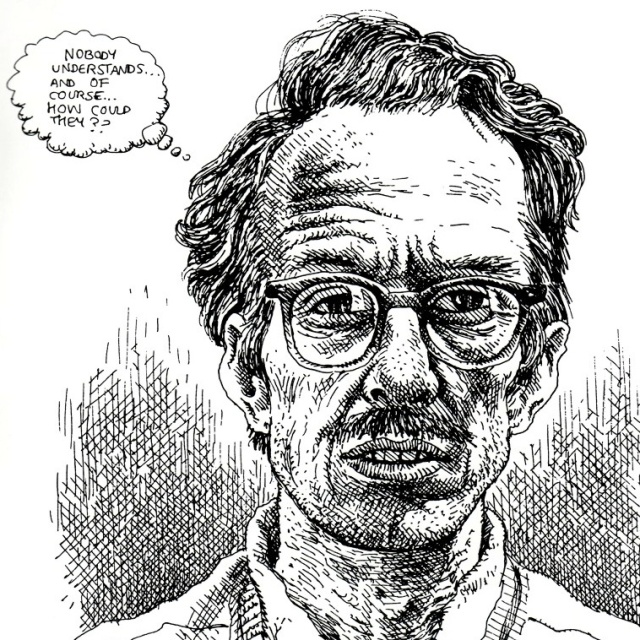 “Robert Crumb opens the door to his medieval chateau in a village somewhere in the south west of France and says – as Americans tend to – ‘Hey, nice to meet you.’ He extends a long, thin hand on a long thin arm and we shake. A droll look crosses his somewhat gaunt features, suggesting this most private yet public of artists is perhaps a tad ironic in his welcome. ‘Come in,’ he says. So I do. And immediately we are plunged into shadow. Crumb is celebrated for many reasons, most famously as ‘the father of underground commix,’ and his celebrity is such he’s retreated across the Atlantic to this idyllic village. … Crumb, wife (and fellow artist) Aline Kominsky-Crumb and daughter Sophie shifted here in 1991, fortuitously escaping the release of Terry Zwigoff’s 1994 documentary feature Crumb. Brilliant as Zwigoff’s film is, it hugely inflated Crumb’s notoriety, establishing him as perhaps the most recognisable American artist since Andy Warhol. Yet where Warhol courted celebrity Crumb shuns it. Crumb leads me into his study. This is the room of legend, often photographed so to display his magnificent, 5,000-strong 78 record collection alongside all kinds of toys, framed 78s (in their original sleeves), black & white photos of blues and jazz musicians and licensed Crumb memorabilia. In the far left corner sits his desk, drawing board, pens and pencils. Everything is very tidy. … Born in Philadelphia, Pennsylvania, on August 30, 1943, the son of a Marine Corps father and housewife mother, Crumb and his two older brothers rejected the hyper-masculine American culture surrounding them, instead immersing themselves in comics, music (old jazz/blues/country) and trash TV. Young Robert marinated all this in baroque sexual fantasy (girls with robust thighs and a pronounced ass remain his preference). Add LSD and a shift to Haight Ashbury to the mix and Crumb, formerly a greeting card designer, developed into a remarkable satirist of the American Dream. … ”
Red Bull Music Academy (Video) 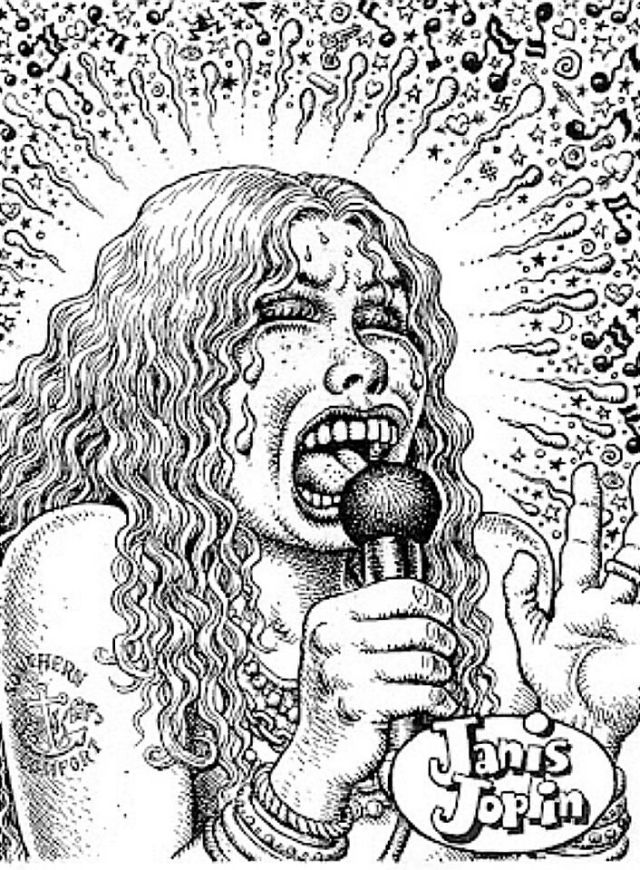