How to Keep Your Volkswagen Alive: A Manual of Step by Step Procedures for the Compleat Idiot 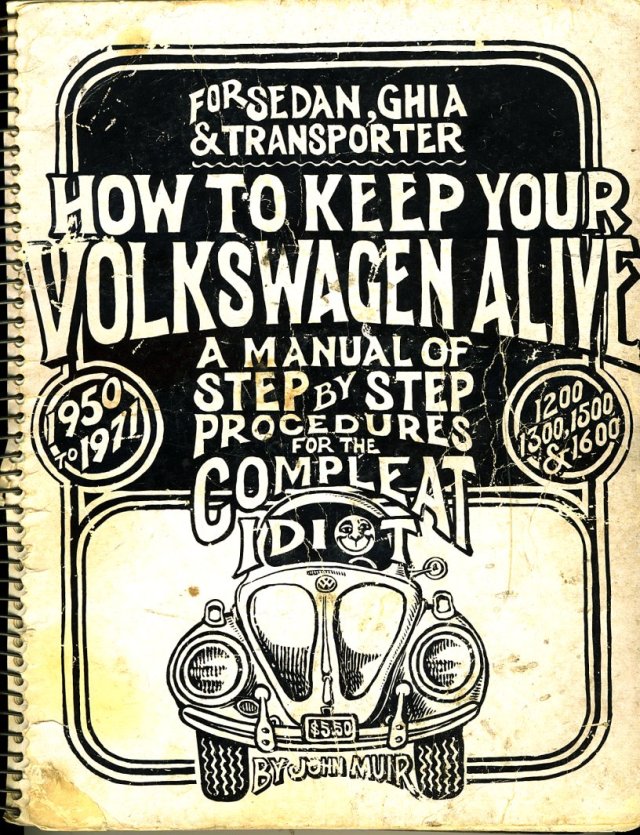 “Picture a world in which eveything’s animated and conversant: buildings, trees, leaves, hypodermic needles, and whatever else you can imagine. Picture a world in which people give birth to cars (and sensitive, childish cars at that). Picture a world where stories are fuel and reading time is currency. If you can picture all of this, you are ready to read Christopher Boucher’s How to Keep Your Volkswagen Alive. Set in an alternative universe’s version of western Massachusetts, author Boucher’s world is at once somber, silly, and surreal. It takes the reader a while get over the initial unease of being in such an odd place, a confusion compounded by the author flipping between two books: a non-sequential story about a grief-laden narrator and his VW son, and a how-to manual for maintaining a temperamental Volkswagen. Some readers will not make it past page 50. But Mr. Boucher rewards the intrepid with absurdist wit and deft metaphors. Mr. Boucher’s characters are tagged with descriptive monikers vaguely resembling the naming conventions of Native Americans: a small town mayor is named ‘Calvin Coolidge statue’, an ex-lover is ‘Lady from the Land of Beans.’ The book is chock full of clever references to literature, politics and pop culture, but Mr. Boucher doesn’t go out of his way to explain his cleverness. You get it, or you don’t. Mr. Boucher may be at his best when narrating moments of absurdist terror. In one scene, the narrator removes his heart and leaves it on a path to lure a tree (trees eat hearts in author Boucher’s world). When a tree arrives the narrator pounces and digs a saw into the tree. As the tree pitifully begs for mercy, the bloodthirsty narrator recalls, ‘I didn’t care—I dug the saw deeper into his skin. The tree screamed as I cut him in two, and his sap ran over the stone and onto the dirt path.’ How to Keep Your Volkswagen Alive joins a short list of books that might be called hyper-Vonnegut. These books, including Tom Robbin’s Even Cowgirls Get the Blues, Aimee Bender’s The Particular Sadness of Lemon Cake, and Richard Grant’s Tex and Molly in the Afterlife are not bound by the laws of physics or nature, and the plots and characters of these books defy the conventions of adult fairy tales like Lord of the Rings and Star Wars. Hyper-Vonnegut books also share an implicit fondness for counterculture. Certainly, this appears to be the case with How to Keep Your Volkswagen Alive, where the title of the book is lifted from a famous hippie book of the same name. …”
new york journal of books
W – John Muir (engineer)
[PDF] How to Keep Your Volkswagen Alive: A Manual of Step by Step Procedures for the Compleat Idiot
amazon
YouTube: A Manual of Step-by-Step Procedures for the Compleat Idiot 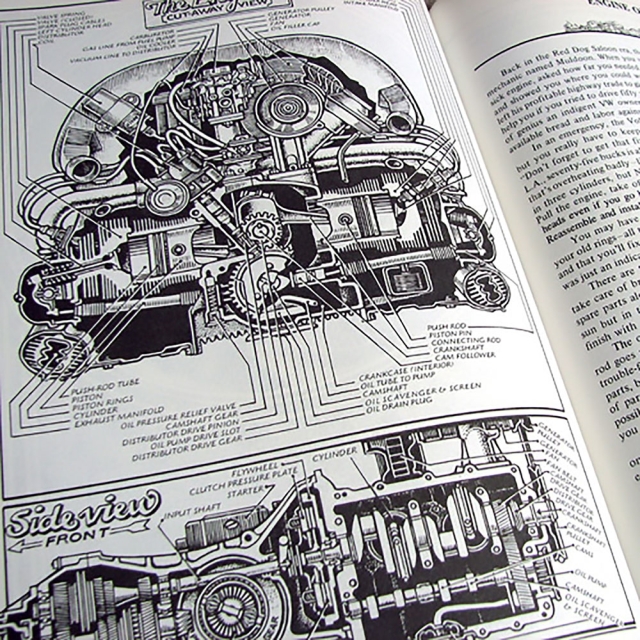