“Blonde on Blonde is the seventh studio album by American singer-songwriter Bob Dylan, released on June 20, 1966 by Columbia Records. Recording sessions began in New York in October 1965 with numerous backing musicians, including members of Dylan’s live backing band, the Hawks. Though sessions continued until January 1966, they yielded only one track that made it onto the final album—’One of Us Must Know (Sooner or Later)‘. At producer Bob Johnston‘s suggestion, Dylan, keyboardist Al Kooper, and guitarist Robbie Robertson moved to the CBS studios in Nashville, Tennessee. These sessions, augmented by some of Nashville’s top session musicians, were more fruitful, and in February and March all the remaining songs for the album were recorded. Blonde on Blonde completed the trilogy of rock albums that Dylan recorded in 1965 and 1966, starting with Bringing It All Back Home and Highway 61 Revisited. Critics often rank Blonde on Blonde as one of the greatest albums of all time. Combining the expertise of Nashville session musicians with a modernist literary sensibility, the album’s songs have been described as operating on a grand scale musically, while featuring lyrics one critic called ‘a unique mixture of the visionary and the colloquial’. … The cover photo of Blonde on Blonde shows a 12-by-12 inch close-up portrait of Dylan. The double album gatefold sleeve opens to form a 12-by-26 inch photo of the artist, at three quarter length. The artist’s name and the album’s title only appear on the spine. … The cover shows Dylan in front of a brick building, wearing a suede jacket and a black and white checkered scarf. … Twelve years after its release, Dylan said: ‘The closest I ever got to the sound I hear in my mind was on individual bands in the Blonde on Blonde album. It’s that thin, that wild mercury sound. It’s metallic and bright gold, with whatever that conjures up.’ For critics, the double album was seen as the last installment in Dylan’s trilogy of mid-1960s rock albums. As Janet Maslin wrote, ‘The three albums of this period—Bringing It All Back Home and Highway 61 Revisited both released in 1965, and Blonde on Blonde from 1966—used their electric instrumentation and rock arrangements to achieve a crashing exuberance Dylan hadn’t approached before.’ …”
Wikipedia
‘Sad Eyed Lady Of The Lowlands’ | Classic Tracks, W – Sad Eyed Lady Of The Lowlands
‘Blonde on Blonde’ at 50: Celebrating Bob Dylan’s Greatest Masterpiece
Searching For A Gem: The “Blonde On Blonde” Missing Pictures
W – The Bootleg Series Vol. 12: The Cutting Edge 1965–1966 (Video)
YouTube: Just Like a Woman (Live), Visions of Johanna Live 1966 Sheffield, Most Likely You Go Your Way (And I’ll Go Mine) (Mark Ronson Remix (video))
YouTube: Blonde On Blonde (Full Album) 12 videos 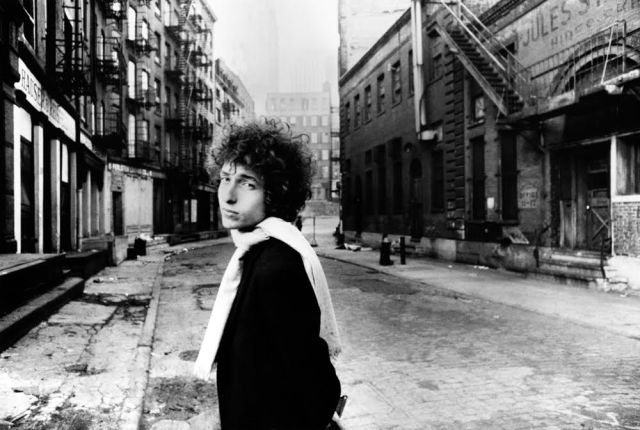