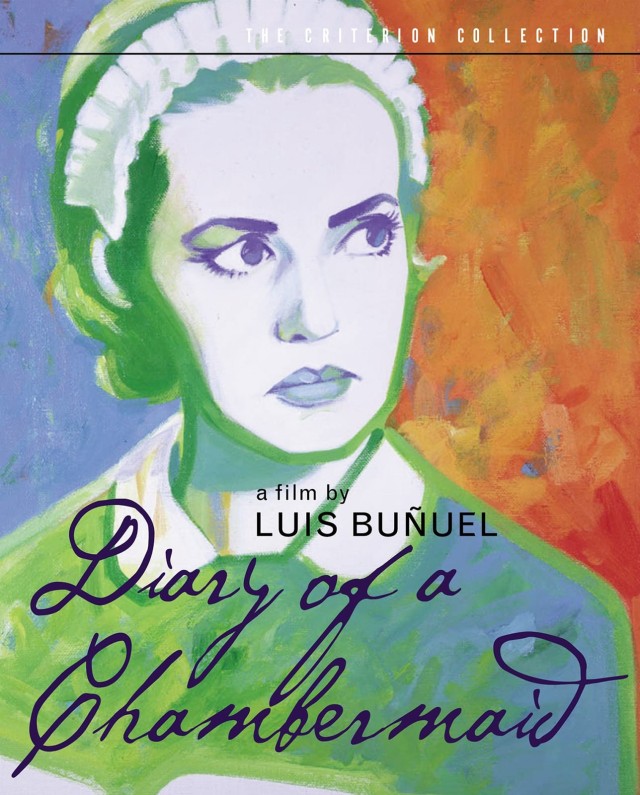 “A few years back, I dived into the French produced films of Luis Buñuel. My eyes were bombarded with images and ideas, so condensed and constant as to feel exhausted and exhilarated after each film. Even films that seemed at first more straight forward (That Obscure Object Of Desire, for example) had hidden, unconscious depths that played on my mind for weeks afterwards. Yet one image from the collection of his canonical films still returns to my mind’s eye at unusual moments, not least because it seems almost inconsequential in comparison to more famous images created by the director. This image isn’t Catherine Deneuve’s flowing, blonde hair draping onto a brothel bed, a group of bourgeoisie wandering in a never-ending road or dinner guests eating whilst sat on the toilet. It’s of the corpse of a child in woodland, her legs covered in snails. The image in question is from Buñuel’s 1964 film, The Diary Of A Chambermaid; a relatively straightforward film for the director and lacking the overt surrealism that cemented him into the collective eye. Based on the novel by anarchistic libertine, Octave Mirbeau, the narrative follows a new maid called Céléstine (Jeanne Moreau) who takes up residence in the country house of an eccentric, troubled family. She indulges the various male employers’ needs and fetishes which range from simple flirtation to leather boot fixation. The abrasive gardener with fascist leanings, Joseph (Georges Géret), is most enamoured with her, however, though this does not stop him violently murdering and raping a little girl on the estate. Determined to prove his guilt in the crime, Céléstine tries to plant evidence and have him charged but the man’s political leanings in an age of rising fascism allows him freedom and the film ends in Joseph’s new café in Cherbourg as a fascist march goes by. The film is essentially about the violence and fetishism that goes side-by-side with hatred. There are so many subdivisions within the film through its variety of characters, however, that to generalise about its intention can undermine its detail. The main theme is of course fascism; the rise of fascism, the hatred and hypocrisy of fascism and all that contributes to its growth. …”
Snails and Death: Luis Buñuel’s The Diary Of A Chambermaid
W – The Diary Of A Chambermaid
Senses of Cinema
NY Times – TORRID ‘CHAMBERMAID’; Luis Bunuel Is in Top Controversial Form With Remake of Noted Novel (Feb. 9, 1964)
YouTube: Diary Of A Chambermaid Trailer, MUBI: The Diary Of A Chambermaid