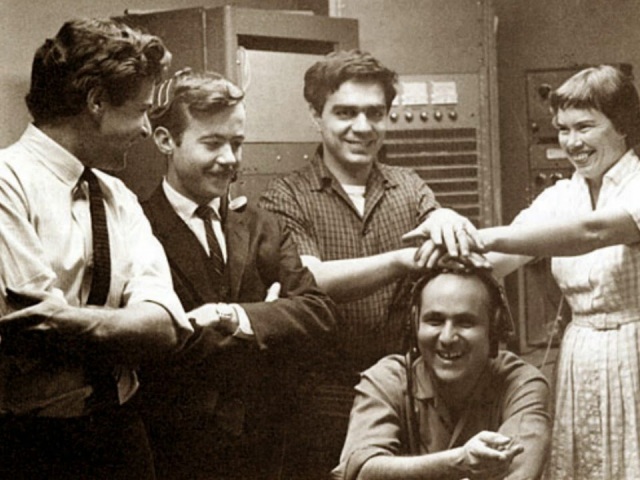 “The man’s voice you are hearing is Daniel Hamm, describing the beating he took in the Harlem 28th precinct. The police were about to take the boys out to be ‘cleaned up’ and were only taking those who were visibly bleeding. He proceeded to squeeze open the bruise on his leg so that we would be taken to the hospital. He is the subject of Steve Reich’s first ‘phazing’ piece which was produced at the San Francisco Tape Center. It is also very significant because it uses a new technology to form a new kind of music, and to some extent, changed the definition of music. Reich was one of many artists (mostly composers) that were just beginning to work with new technologies, such as tape recorders, analog synthesizers and multi-colored light projection. Pauline Oliveros, Ramon Sender and Morton Subotnick conceived the Tape Center in 1960. It was a place where experimental artists could work together and as individuals, pooling resources and knowledge in an unstructured space. It was a place that met the needs of a small group of artists who needed access to equipment and a venue to present concerts of experimental music. The Tape Music Center quickly developed a unique philosophy and aesthetic mission. It was a place where artists could do things that they couldn’t do in a normal venue or in an academic setting. The concerts were not really legal and sometimes they were picketed because of some part of the performance was unacceptable to the general public. For example, Robert Davis had a piece that consisted of four naked people on toilet seats–in 1961 that was considered totally outrageous. In 1961 they had been given a mansion somewhere on Jones Street. It was going to be demolished in a year so they used it as a concert hall. There were about nine concerts the first year, mostly consisting of about a half hour of electronic music followed by works from other composers. … The Tape Center sparked my interest because it was an open environment to experiment with new technologies, which in turn, spawned the creation and development of the buchla synthesizer. When The Tape Center was on Divisadero it shared the space and collaborated with The San Francisco Mime Troupe, KUSF and local pop artists. The Tape Center also thrived on this collaboration and combination of the different art forms and disciplines. It was open to all artists in the community. …”
Found SF
W – San Francisco Tape Center
Moog: San Francisco Tape Music Center (Video)
Discogs (Video)
amazon: The San Francisco Tape Music Center: 1960s Counterculture and the Avant-Garde
YouTube: SUBOTNICK – Portrait of an Electronic Music Pioneer, SUBOTNICK The Making of Silver Apples of the Moon, Music From The Tudorfest: San Francisco Tape Music Center, 1964 9 videos 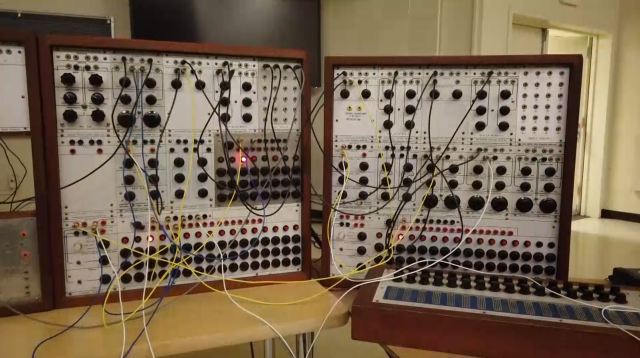