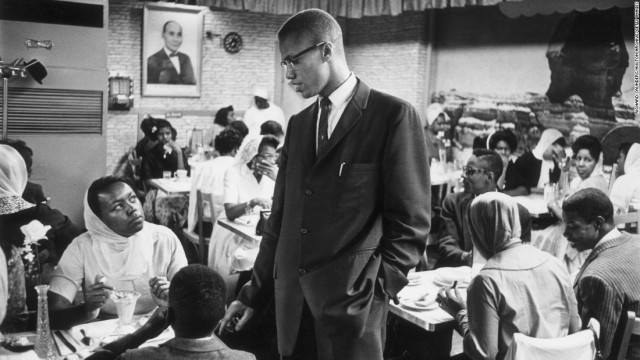 “Almost 50 years ago, El-Hajj Malik El-Shabazz, more popularly known as Malcolm X, who had risen to prominence as one of the most outspoken and public faces of the Nation of Islam, was gunned down inside the Audubon Ballroom in New York. And ever since his death Feb. 21, 1965, there has been speculation as to who had the civil rights leader murdered. Some have argued that the government was complicit in his death; others have argued his public feud with NOI leader Elijah Muhammad may have led to his assassination. On Tuesday at 9 p.m., CNN premieres Witnessed: The Assassination of Malcolm X, a special report which asks some of those who were there when the shooting occurred—Earl Grant, former radio reporter Gene Simpson, Malcolm X’s daughter Ilyasah Shabazz and Peter Bailey, an associate of Malcolm’s—to share their memories. ‘We failed him, I tried to help him,’ photographer and friend Grant cries, when describing the horrifying day inside the Audubon Ballroom, and ‘describes the chaotic moments after the shooting.’ Grant takes viewers inside his private photo collection, sharing never-before-seen images of the civil rights icon. Zaheer Ali, who served as project manager of the Malcolm X Project at Columbia University, leads an online experience at cnn.com that delves into the unanswered questions surrounding the assassination. Bailey describes Malcolm’s plan to expose injustices against black Americans before he was gunned down, and Simpson, who was in the front row of the Audubon Ballroom when Malcolm took the stage, discusses the first time he interviewed the civil rights leader.”
Tonight’s CNN Special “Witnessed: The Assassination of Malcolm X” Hopes to Answer What Really Happened in Audubon Ballroom
Guardian – Malcolm X assassination: 50 years on, mystery still clouds details of the case
Guardian: In the Ferguson era, Malcolm X’s courage in fighting racism inspires more than ever – Jesse Jackson
New York Daily News: Malcolm X is assassinated in Manhattan’s Audubon Ballroom in 1965
YouTube: Witnessed: The Assassination of Malcolm X (2015), 60mins Who Killed Malcolm X 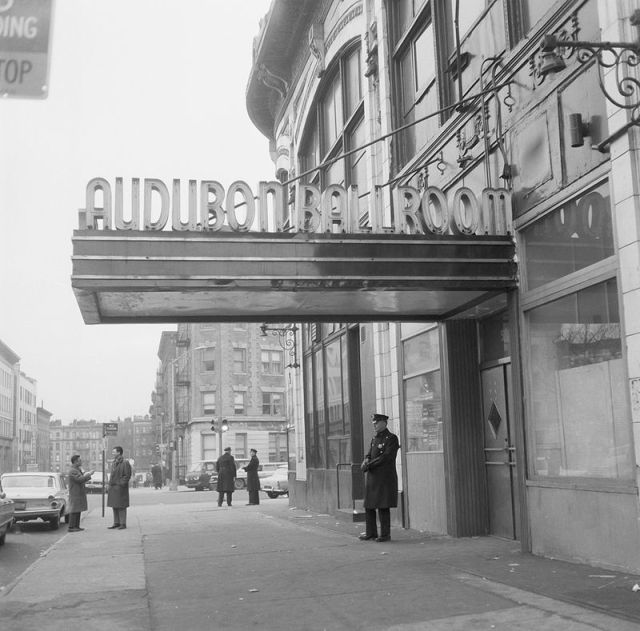 This is an exterior view of the Audubon Ballroom on 166th Street at Broadway in the Harlem section of Manhattan, where black Muslim leader Malcolm X was assassinated as he addressed a rally on Feb. 21, 1965.