“The time is seven o’clock on one of those sultry Bonn evenings. The highway dissecting the government district is already lifeless. The residents are at home, watering the geraniums and waiting for daylight to fade so they can drop the shutters. In a tent in front of the British embassy, a jazz band strikes up ‘It’s a long way to Tipperary’, a couple of removal trucks rumble past and the selected guests queue for autographs, clutching yellowed volumes of A Small Town in Germany. The author, John le Carre, has come back like a prodigal son, to his ‘literary kindergarten’, to make a bitter-sweet farewell. The embassy where he had worked in the early Sixties and hatched his sinister plots is closing, as is the rest of Bonn. Politicians, civil servants, diplomats, spies and their retinue of lobbyists and scribblers are heading for the big town on the River Spree. Soon there will be nothing to remind Bonners of their unexpected golden age other than a string of empty concrete buildings along the ‘diplomats’ race track’, and Le Carre`s famous book. The latter, depicting Bonn as a town forever shrouded in mist and steaming with intrigue, is regarded by the natives as something of a mixed blessing. Le Carre apologises for any offence caused, and tries to make amends by treating his audience to anecdotes from the time when he was still earning an honest living in Her Majesty’s Service. There was the story of the kiss, for instance. Much geopolitical significance was ascribed to the manner in which the pursed lip of Konrad Adenauer, the former German chancellor, made contact with the flushed cheek of Charles de Gaulle. And did Britain fail to get into what began as the Common Market at the first attempt because of Harold Macmillan’s excessive fondness for kirsch? Ask the author of The Spy Who Came in from the Cold – a book written in Bonn – who had the honour of hauling the prime minister out of his crucial meeting on that memorable night. Perhaps he will talk now as the cupboards in Bonn are finally cleared. There are so many secrets. During the Cold War, every intelligence service of the world was crammed into this busy town, all operating in a climate of peaceful coexistence. The Romeos of the East German Stasi, cruising for female employees of Western embassies, plied their trade side by side with the agents of the free world. …”
Independent – European Times: Bonn – A small town in Germany shrinks to its proper size
W – A Small Town in Germany
NY Times: What Became Of Harting? (1968)
amazon 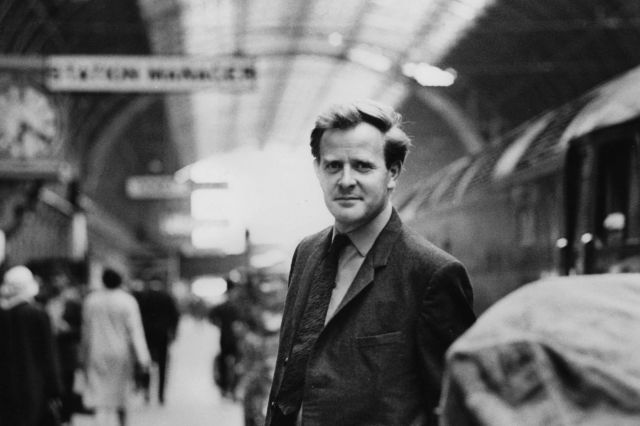