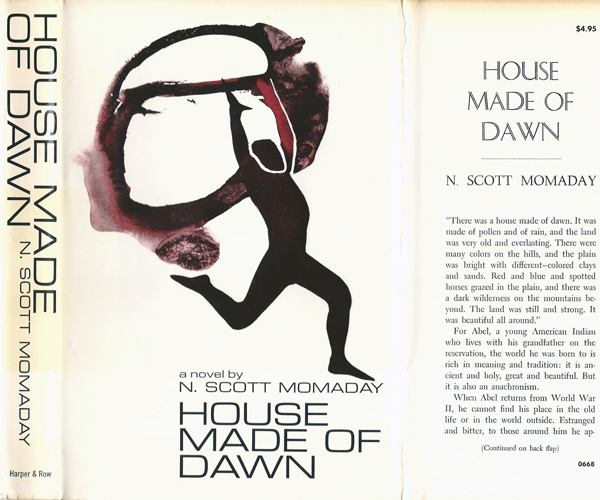 “In 1969, N. Scott Momaday’s House Made of Dawn won the Pulitzer Prize for Fiction, helping usher in the Native American Renaissance. It was his first novel and second published book, after the folkloric The Journey of Tai-me (1967). The novel’s publication launched him into the public sphere. Momaday has since gone on to have a glittering career, with countless awards and honorary degrees, making great strides in establishing the university field of Indian Studies, and extending American literature overseas, most notably into Russia. … I want to reflect on House Made of Dawn and how it can help us understand our current linguistic paradoxes. To my mind, it remains essential reading for understanding the political and cultural paradigms of the American West and settler colonies more generally. House Made of Dawn focuses on the lives of individuals, their place in a wider community, and, in one way of telling, about how to narrate a modern experience for Indigenous people. The novel tells the story of being inside and outside two worlds that share the same location, that often run in parallel, but sometimes against one another. Although magical realism emerged around the same time as Momaday’s novel, Momaday presents a different narrative path than the ‘magical realism’ that was projected onto every work from outside the West after the Latin American magical realist boom of Gabriel Garcia Marquez et al. This rather flat sense of magical realism is still often applied to writers as diverse as Ben Okri, Alexis Wright, and Salman Rushdie. Momaday’s style, however, paved a different path entirely. House Made of Dawn is a work of worldly literature, and an opportunity to think through more creative forms of the novel today. Not only is there a whole Kiowa world that informs his novel, but also a distinct literary style, an indigenous politics, and a spiritual consciousness — we might call his style Momadayan. Momadayan is syncretic, connected, rich. It thinks through deep time and linguistic history. House Made of Dawn is the work of an individual who speaks not only on behalf of, but with other people. …”
LA Review: N. Scott Momaday’s House Made of Dawn and Settler Colonial Language
W – House Made of Dawn, W – N. Scott Momaday
amazon 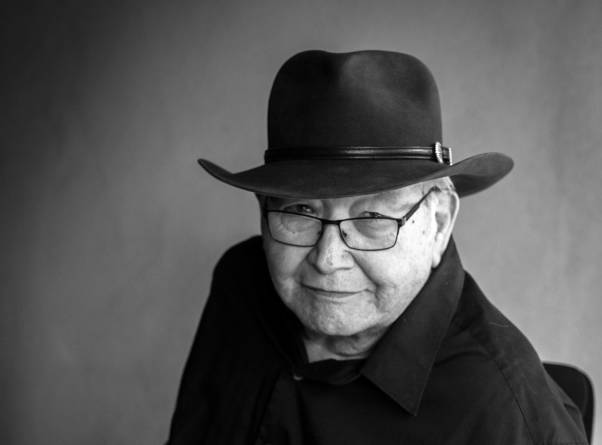