The Hum of the City: La Monte Young and the Birth of NYC Drone 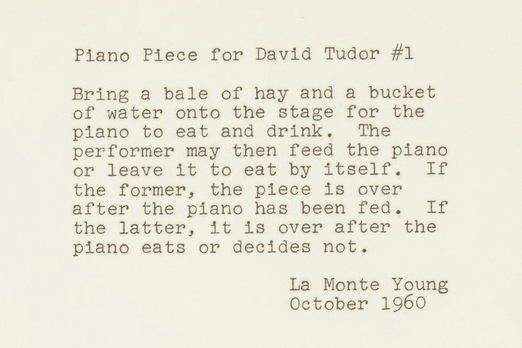 “For the last 20 years, passersby on Church Street, just south of the triangle now occupied by the Tribeca Grand Hotel, may have noticed a magenta glow coming from a third-floor loft window. Ring the buzzer, ascend the stairs, and you will find yourself at The Dream House, an electronic sound and light installation. Maintained by composer La Monte Young and artist Marian Zazeela, it realizes an idea Young conceived 50 years ago of a building in which single tones would be sustained around the clock. Young – a teenage jazz saxophone prodigy who turned to the avant-garde and became virtually synonymous with drone music – is elusive; he hardly ever gives concerts and his music is rarely performed by anyone other than himself or ensembles of his own making. He has only a handful of officially released recordings to his name, all of which are out of print and command large sums on the collectors’ market (and his own website). In fact, The Dream House, which is open three days a week, albeit seasonally, is Young’s one point of access to the public. Like his predecessor John Cage, Young exemplifies the contemporary composer whose music is seldom heard but whose influence is pervasive. … He was the first post-Cage composer of note to decisively embrace tonality, the first to make a practice of utilizing drones and/or as little as two pitches. He encountered Terry Riley as a fellow aspiring composer when both were graduate students in the late ’50s and greatly affected Riley’s own break with serialism, the atonal, often dissonant form that had dominated modern music from the turn of the century onwards (as exemplified by composers Arnold Schoenberg and Igor Stravinsky). Riley began working with modal, highly repetitive instrumental and tape music, subsequently meeting and influencing another like-minded young composer, Steve Reich, who in turn met and influenced a then equally unknown Philip Glass – the three (and often Young as well) were later corralled by critics and historians as the prime movers of an entire musical movement: minimalism. Young was affiliated with the Fluxus artists when he arrived in New York in the early ’60s and organized what is said to be the first series of downtown loft concerts in New York (at Yoko Ono’s home on Chambers Street), paving the way for later Lower Manhattan avant-garde venues like The Kitchen, Knitting Factory, Experimental Intermedia, Roulette, Tonic, and Issue Project Room. …”
Red Bull Music Academy Daily (Video)
I went to see La Monte Young playing in his New York loft, and you should do the same
[PDF] La Monte Young and Marian Zazeela at the Dream House
W – La Monte Young
W – Marian Zazeela 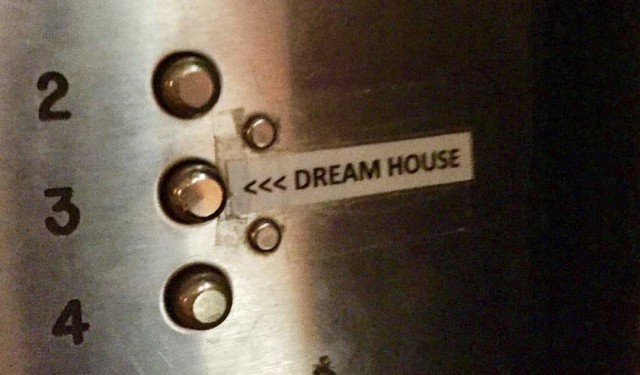 Just about the only picture you can legitimately take of the Dream House.