“Featuring an extraordinary archive of original artwork, inscribed books, rare ephemera and magazines, photographs, typescripts and more. Joanne Kyger met Richard Brautigan at a gallery opening in San Francisco in the spring of 1957 when they were both 22 years old. After dinner the following night Richard gave Joanne her first tour of North Beach. In 1960, Joanne left San Francisco and lived in Japan for several years where she married Gary Snyder and studied Zen Buddhism. She became close friends with Richard when she returned to San Francisco in February 1964. Joanne and Richard were greatly influenced by Jack Spicer early in their careers and both were important and vivid figures in the remarkable literary and art scene in San Francisco in the mid-to-late sixties. They often read poetry at the same events and published in the same magazines, including the one-shot ‘Change’ (1963) edited by Richard and Ron Loewinsohn, and ‘Wild Dog’ guest edited by Joanne in 1965. They spoke on the phone nearly every day during this period and Richard would often read new work to her. Richard’s book ‘In Watermelon Sugar’ (completed in 1964, published in 1968) was dedicated to Joanne Kyger, Donald Allen and Michael McClure. He began writing it while staying in Bolinas, and Joanne would sometimes visit Richard there while he was working on it. She eventually moved to Bolinas in 1968 where she now resides. Richard bought houses in Bolinas and Montana and divided his time between the two while making trips to Japan. Though they were not as close as they had been, Joanne and Richard were in contact until 1984 when Richard Brautigan died in Bolinas. …”
Granary Books 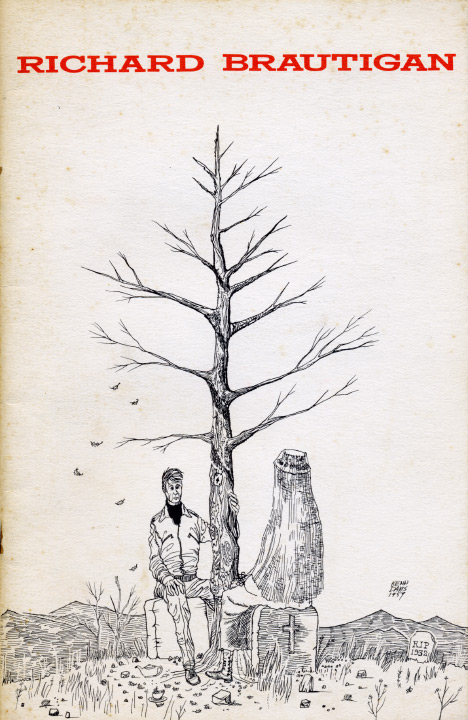